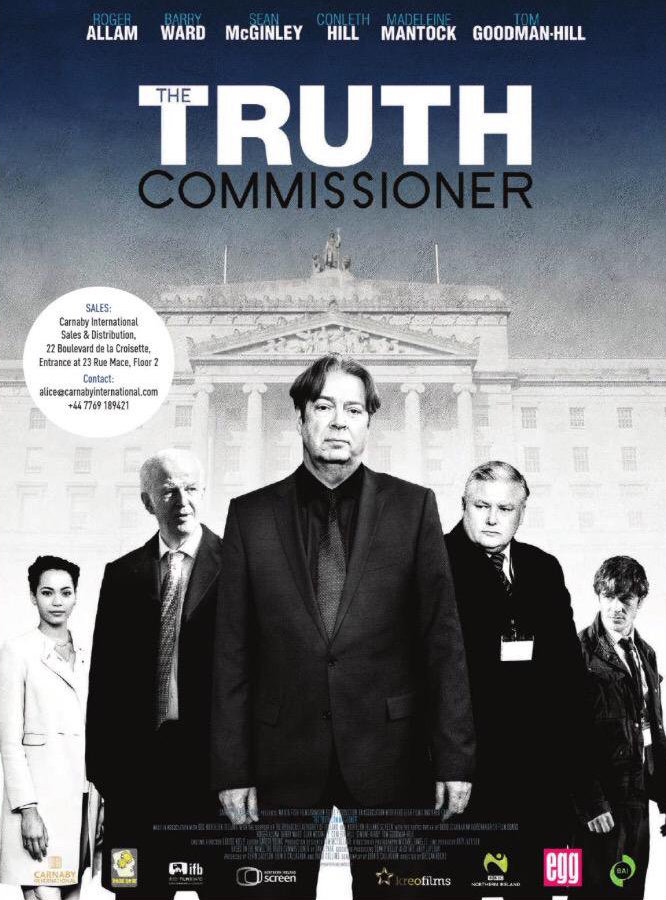 David Park’s 2008 novel The Truth Commissioner explored through fiction some of the issues Northern Ireland would face if it adopted a South Africa-style truth commission. More than that it highlighted perennial legacy issues that would have to be resolved as part of any legacy project. As well as the potential to establish the truth (or more truth), unpicking even one incident or death would send very unwelcome ripples through multiple communities, destabilising families as well as governments.

The book has been adapted by Eoin O’Callaghan for the big screen and the Queen’s Film Theatre is previewing the political thriller on Monday evening (1 February) at 6.30pm as part of their BFI/Film Hub NI Made in Belfast season. Roger Allam plays the career diplomat appointed as Truth Commissioner. I’ll be hosting a Q&A after the screening with the director Declan Recks.

Reviewing the book back in February 2008 – around the time that the Eames/Bradley Commission were locked away writing their report – I (stupidly) commented:

The gestation period of most books is probably closer to that of an elephant than a child! So an author could have a great idea that is sadly overtaken by events and diminished by the time it’s edited, proofed, published and distributed to high-street bookstores and online retailers.

David Park has struck it lucky. Northern Ireland is sitting at the painted give way line waiting to drive out onto the roundabout of dealing with our past. Yet everyone is wondering what exit to take, what road we should journey down to try to uncover the truth behind events in the conflict. Indeed, some are wondering whether to go all the way around the roundabout and just head home along the road in which we came.

Eight years later and sadly the screenplay is still well ahead of Northern Ireland’s political reality.

Along with Monday night’s screening – and the range of local archive film that has been digitised on BFI Player – you can catch a selection of other NI films in the QFT’s short Made in Belfast season: