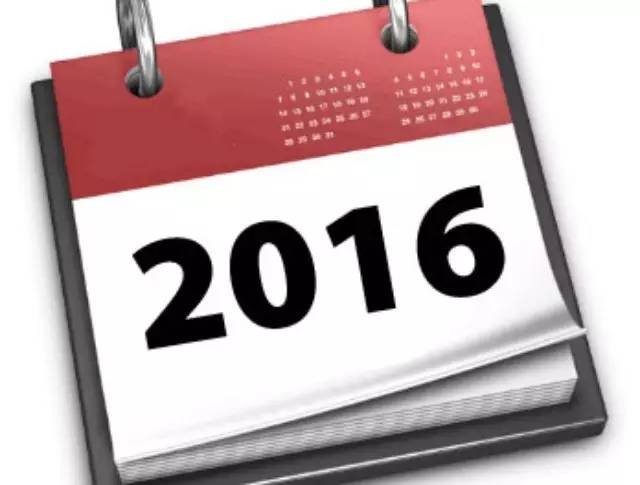 Ireland’s past is not a foreign country. For the plain people, unionist as well as nationalist, it is familiar, static and reassuring. For all the emphasis by historians on complexities and discontinuities, there is a popular sense of deep continuities, of enduring patterns which stand outside of historic time.

…isn’t there at least some sort of honesty about her position, in so far as it acknowledges the very real distinctions of political and national views at odds here rather than the touchy feely ‘we’re all in this together’ kind of stuff being put out?

On the other hand nationalists and Republicans are, of necessity now expected to participate, or at least turn up, to not dissimilar events in Northern Ireland, so as always the fundamental power relationships shape – almost demand – different responses.

A high expectation was set by the last government (then abandoned by this one) that the decade of centenaries would be a period of all island reconciliation and was heralded by a commemorative stamp for the Somme’s 90th anniversary and the Cabinet’s attendance at Islandbridge.

For the current Irish state the unambiguous focus of 2016 is to be the moment the founding idea became real. It has been accompanied by wrangling over the rightful inheritors of an act that wiped the Irish Parliamentary Party off the Irish political map everywhere, but Ulster.

Broad reconciliation has been supplanted for more domestic near term concerns: with Sinn Fein desperate to claim complicity for their own thirty year campaign of war and alienation with the short if bloody violence of the Rising; and Fine Gael asserting a reminder of its own Republican heritage.

In the Irish Times’ Rite and Reason column Seamus Murphy SJ had some blunt things to say about this state of affairs:

The Republic of Ireland is not the Rising’s ghost republic of the dead. A real republic is created by voters, is established in structures of representative democracy and the rule of law, and lives in the people’s democratic practices and culture which in Ireland’s case go back to Daniel O’Connell’s mass mobilisation of the people. A group of unrepresentative gunmen can only create a pretend republic.

In its manner of commemorating the Rising, the Government betrays the Republic in its weak, fearful desire to placate the ghosts of 1916.

He certainly doesn’t pull his punches:

Second, praising the Rising as the defining event in Irish history implies it was justified and is a model for political action. A democratic government speaking thus undermines its own legitimacy.

To celebrate the Rising is to celebrate anti-democratic elitism and bloodlust. One cannot have the Rising without having its meaning, and that meaning empowers Provo-land.

This of course is not where the idea of the decade of centenaries began. The original line of thinking came to a shuddering halt with Fianna Fail’s defenestration in 2011. As early as 2006 for instance Brian Cowen argued a strong pragmatic line on the nature of the rebels themselves:

They did not represent an unchanging set of policies or seek to establish a Gaelic utopia. In fact they were all about the idea that the Irish people should be allowed to evolve. To use a more modern concept, they believed in empowering the Irish people to control their own destiny. They were not Luddites seeking to stop progress and they did not reject the outside world.

There is an almost limitless number of areas where the Ireland of today has changed beyond recognition in the last eighty years. We have lost valuable things, but we are also seeing unprecedented progress in many areas. If you believe that the leaders were fighting for an ideal world, then yes they would be disappointed. But equally, if you accept that they understood that human society is not given to perfection, then you have to admit that they would see much to admire today.

It’s a take  underlined by the historian Charles Townshend in his follow up to Easter 1916, The Republic: The Fight for Irish Independence, 1918-1923 in which he describes the inchoate idea the volunteers had of what the liberated Republic would look like, or how it might operate.

When he became Taoiseach, Cowen employed the words of de Valera to re-emphasise the point:

“Tom Clarke is dead. He has not our responsibilities. Nobody will ever know what he would do, for this situation did not arise for him. But it arises for us and we must face it with our intelligence and conscious of our responsibility. It would be impossible to conduct a struggle if we had always to be thinking what would Clarke do, what would Pearse do in a situation they had never to meet. We know what they stood for and we should be guided by that, but each crisis has its own problems which must be decided by those living them.”

Fianna Fail intended to frame all the events from 2012 in one (all island) bracket. One bracket, one story, but with many (conflicting) chapters.

With the removal of that frame partition once again becomes the governing idea in Irish politics. That’s a frame which as Murphy notes suits Sinn Fein very well since it’s their political aim to be the sole active bridge toward the reunification of the island.

Demoting the Somme as a meaningful part of the 2016 feast is like cooking fish pie for a cousin you know is allergic to fish, and then decrying them when they inform that you they can’t eat it.

In fact there’s been very little narrative power in any of the events so far. The Ulster Covenant was a fairly private low key affair, with the current leader of the DUP known to be focusing much more on the foundation of the state in 1922.

For their part they’d been well advised to heed the advice of Carson, who on the 4th February 1921 exhorted .

From the very outset let us see that the Catholic minority have nothing to fear from the Protestant majority. Let us take care to win all that is best among those who have been opposed to us in the past. While maintaining intact our own religion let us give the same rights to the religion of our neighbours.

It is argued that as First Minister Arlene Foster has a duty to represent everyone in Northern Ireland, including those who cherish the events of Easter 1916. It is a charge that will rightly be levelled at many partisan events over the course of Foster’s term in office, on which she should properly be judged. But not this one. The role of premier of any country surely does not extend to commemorating the violent roots of a movement that later sought – and seeks – to destroy it.

Murphy concludes that what’s at play in the Irish Government’s current framing of 2016 is a negation of the actual Republic’s constitutional journey towards rapprochement with unionism over nearly 100 years:

…the Rising was a shriek of protest at the prospect of constitutional nationalists compromising with unionists. But the real Republic committed to such compromise in the 1998 Good Friday agreement. To be serious about the agreement’s project, Irish governments must treat it as providing the norm for remembering the Rising.

The Good Friday agreement, not the Rising, is the defining event of contemporary Irish identity.

The latter may well be true, but as Cowen noted back in 2006 interfering with or denying access to tradition comes at huge cost…

…one of the greatest potential drivers of extremism is the attempt to deny people the right of tradition. One of the greatest supports which you can give to those who claim legitimacy for extreme acts is to say to the public that conditions today are the same as they were eighty years ago – that if you admire the men and women of 1916-21 you must be a closet terrorist.

This sort of nonsense was built on a crass and deeply anachronistic linking of contemporary events to historical events and movements. It has never ceased to amaze me how those who argue for an ‘unbroken chain’ and those who claim to oppose them most use exactly the same interpretative framework.

Thankfully, the public has never bought into this. They have chosen to see tradition in general, and republicanism in particular, as evolving rather than static. One of the many good things to come from this has been the growing willingness to embrace and seek to understand the other 1916 – that of the Western Front. The commemoration of both the 1916 Rising and the Somme show how we are willing to broaden our definition of patriotism, bravery and indeed service.

To be meaningful, political identity must involve differences, but I believe we are growing as a people as we come more and more to understand the overlaps and inter-reliance to be found between different traditions on this island.[emphasis added]

The offer it seems has been hastily redefined, if not changed. The First Minister has said she’ll come to seminars or such like events to discuss the rising, she just won’t ‘marking’, ‘commemorating’ or ‘celebrating’ what she said last night on The View “something that I believe was a mistake”.

Murphy pushes his point to an extreme in order to illustrate a narrative weakness, particularly in the current framing of 2016 as only really being about the Easter Rising. But he’s on very solid ground when he asserts that “the Good Friday agreement, not the Rising, is the defining event of contemporary Irish identity.”

Of course, Irish identity and Irish freedom are not contiguous concepts (or realities) by any means. Therein lies a useful and potentially powerful unifying paradox if anyone cares to pick it up and run with it from where it was so recklessly abandoned in early 2011.