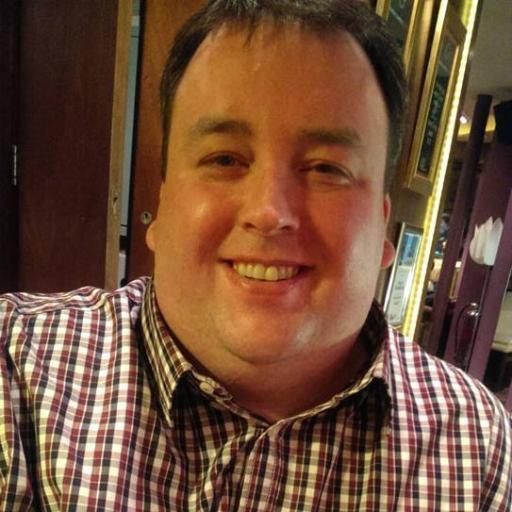 Last week marked the 21st Anniversary of the Ceasefire declared by the Combined Loyalist Military Command.  It was heralded as an end to decades of Loyalist violence.  Earlier that year I met a handful of their colleagues who entered my home one evening and proceeded to empty the contents of a sub-machine gun into my body: all because I was a defenceless ‘innocent’ Taig.  I emphasise the word innocent because that was the point: the more innocent and defenceless the better; Loyalism wanted to instil fear and terror into my community.  This left me paralysed from the waist down: a cripple; burning with pain; plagued with illness.

I got my apology from Gusty Spence that crisp October day: abject and true remorse.  I can’t remember if I accepted it at the time but, in a way, in later years, I did.  I say in a way because it was not an apology from the individuals who were in my home but from the Loyalism as a collective.  I accepted it because I had to make peace with myself in order to make peace with those who harmed me.

I wanted peace.  That is why I and the majority voted ‘Yes’ in the Referendum.  On Good Friday 1998 we agreed to set Barabbas free; all of the prisoners would be released from the H-Blocks.  This still sticks in the craw of some people but I believe it was a necessary concession to help cement the peace process.  Paramilitary organisations would do well to reflect on the magnanimity of this gesture by the public at large.

There was a relative peace between the traditional enemies after Good Friday but the men of war continued to wreak havoc on their own communities.  They found it difficult to give up their Brigadier status and lifestyle.  Demobilisation and disbandment was not on the radar.  The weapons of choice were intimidation, extortion, drug peddling, knee-capping and murder.  The working class communities against whom they waged their war never stood a chance against such muscle-men.

The Ceasefire Generation is now twenty-one: will they get the key to the door?  A key to open the door of the cage: a cage which houses the hawk, which can only whistle to the tune of ‘The Billy Boys’, or to release the doves of peace.  That is the test for the new Loyalist Community Council.  Have they called a new ceasefire, ended their war and will they display abject and true remorse to their community?  Will they finally demobilise and disband?  Will they be able to reintegrate this time?

They are going to need help to reintegrate.  They are going to need the communities that they intimidated to show some magnanimity.  They need to give something back to these communities.  They shouldn’t expect to retain their status by virtue of their hard-man past but instead need to earn the respect of their people.  Any funding opportunities coming into these communities should not be sewn up as ‘Jobs for the Boys’ but should instead be used to create jobs for the boys: the boys of the Shankill, Ballybeen and beyond.  Disband the Young Citizen Volunteers and replace them with young citizen volunteers who will work for the betterment of their community.

If the jackboot is finally lifted from the throats of Loyalist working class communities the people themselves need to begin to reclaim a stake in this society; they need to find their voice.  They are only disenfranchised by virtue of their own apathy.  They need to use the only legitimate weapon they have: the vote.  They need to come out and vote for people who have their loyalist working class interests at heart.  They need to waken up and realise that Big House Unionism couldn’t care less about the Two-up/Two-down loyalists in the Village.  They need to find new Dawns; to elect more Julie-Annes over the Jolenes; and to forget about the Humphrey-Dumptys of this world.  To maybe look at those who would put People Before Profit.  Don’t just use your vote to keep ‘themmuns’ out but instead get ‘yousens’ in.

I hope that the loyalist working class begin to realise their core identity: their innate humanity.  Strip it all away and that’s all we have.  Stop worrying about whether the big dome is adorned with a perpetual flag or the Northern Ireland football shirt can hang from the big wheel at Funderland.  Stop listening to the dog whistle politics that has led so many onto the streets, filling the jails and cemeteries.

I call on all paramilitaries to be more sensitive when honouring their fallen.  To take a moment to reflect on their victims as they observe a minutes silence every Easter or Remembrance Sunday.  When they reminisce about the heroic operations carried out by their brave volunteers don’t forget to include the stories about their attacks on defenceless people like me and the operations I went through to fix my body (the latest one was only last week!).

It is time for the Loyalist Community Council to prove the doubters and the cynics wrong.  I stand beside those who welcomed this new initiative on the airwaves last week.  People like Jude Whyte, John Allen and Mark Rodgers: people who were so badly affected by loyalist violence.  It’s time to reintegrate and we as a society need to let them.  We need to put aside the labelling.  We need to let the ‘perpetrators’, the ‘victim-makers’ and the ‘terrorists’ re-join society.  We need to let them apply for all jobs on an equal basis whether that be as a landscape gardener or a SPAD in Stormont.  We agreed to set Barabbas free in 1998 but yet they are still fettered in 2015.  We need to and we should give you another chance.  Please don’t blow it again.

Paul was 21 when UFF gunmen burst into his home on the Stewartstown Road in west Belfast in January 1993. They were posing as the IRA and held him and his Catholic family hostage. The loyalists were using his home, he said, to launch an attack on former republican prisoners who lived nearby. Eventually the loyalists tired of waiting for the republicans and, as the gunmen fled, one of them opened fire on the family living room with a submachine gun. Paul Gallagher was riddled with six bullets, leaving him in a wheelchair. (Bio source: BBC)