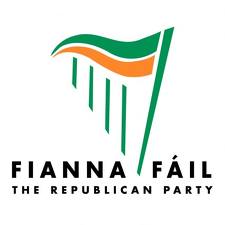 Eoin Neylon is the President of Ógra Fianna Fáil and a former member of the Willie Drennan Cumann of Queens University, Belfast

Today is society’s day in Queen’s University Belfast. Not a day that marks a highlight in most people’s political calendars but of great significance this year in particular to Ógra Fianna Fáil. We first set up stall and started recruiting members in that university in 2007, just 9 years after the Good Friday Agreement.

It’s a testament to the new found peace in the north that we were able to stand beside all the long established parties speak to students about northern politics in an open manner. The shear thought of doing so only a short few years earlier would have seemed a pipe dream to most.

They were exciting times and an event I was delighted to play a part in personally. Fast forward 8 years and Fianna Fáil has followed where Ógra first laid the ground work. There have been fora set up in the different counties and recruitment in other 3rd level campuses since.

At the Ard Fheis this year in the Royal Dublin Society in Ballsbridge, Fianna Fáil elected its first ever direct representative for Northern Ireland to the party’s National Executive, one Briege Mac Oscar from Tyrone. The development of Fianna Fáil in the north has been a dumpy ride however; this has made it all the more determined.

The electoral meltdown in the Republic of Fianna Fáil in 2011 halted progress in developing our structures in the north. Those were worrying times for the party where political commentators openly opined whether there was any future for the once great monolith of Irish politics. What transpired in the following years was a re-think as to how the party works for the 21st century and how we face the challenges that now face Ireland, north and south.

The move to a “One Member, One Vote” (OMOV) system has re-invigorated the party and handed so much power back to the members. This is true of Northern Fianna Fáil too. As we look forward as to where our party is going in the future, party leader Míchéal Martin TD has committed Fianna Fáil to contesting elections in the six counties by 2019.

To some that seems a lofty goal but having been active in Fianna Fáil in the north, I have seen the many talented men and women from all walks of life that have come forward and said that they would love to work on behalf of a new progressive party in the north that was capable of leaving the old politics of division behind.

As students talk with recruiters today, they will be told just as to how Fianna Fáil sees the current political impasse in the north as a symptom of a political culture that has been let develop that still pits communities against each other. We have always stood for real Republicanism; an ideology that respects differences and promotes inclusion; that listens to all sides of a debate before jumping to a conclusion.

If politics in Northern Ireland is to become normalised as it is across Europe, then that can only be on a platform of mutual respect and understanding. The governing coalition in the north’s institutions however is based on mistrust and ‘one-upmanship’ far too often. This is where a new political force can do so much good in bringing communities together for the overall economic and social benefit of society.

Northern Ireland has gone through radical change in the course of my life time. The past 3 decades have seen it come from a veritable civil war right through to an emerging economic gold mine, showcased to the world in film and TV, no less than through the ‘Game of Thrones’ series.

If this potential is to be grasped and allowed develop then it needs politics to stop getting in its way. This year’s Fianna Fáil National Youth Conference, the pinnacle of the Ógra calendar, is historic in two senses. Firstly we celebrate 40 years in existence, the oldest of all party youth wings on the island.

Secondly, it will be the first time that this event takes place in the north. November 13th and 14th will see young progressive people from all over the island decent on the Canal Court Hotel in Newry to discuss just where Ireland is going as a modern country; just how our island can work as one to promote ourselves to the world; and just how a potential ‘Brexit’ might affect those things.

If you want to be part of such discussions visit our www.ogra.ie.