August 29 is the tenth anniversary of Hurricane Katrina, the most devastating natural disaster to ever hit America. After it roared ashore in late summer 2005 it left behind a trail of destruction across vast swathes of the Gulf Coast.

However it was actually the failure of the levees that drowned 80 percent of New Orleans.

A ring of concrete barriers designed and built by the Army Corps of Engineers, they were supposed to protect us from storm surge and flooding. Instead all over the city they breached, collapsed and crumbled in spectacular fashion, submerging most of the Big Easy.

The storm and floodwaters killed more than 1,800 people, impacting Louisiana and Mississippi to the tune of an estimated $150 billion and leaving debris strewn over roughly 87,000 square miles in six different states, an area the size of Britain.

If you meander through the tourist shops and art galleries of the thriving French Quarter today, the incredibly violent 2005 hurricane season seems a lifetime ago. Five names were retired that year (the most ever: Dennis; Katrina; Rita; Stan and Wilma) and there were 28 named hurricanes, so many that scientists ran out of letters and were forced to use the Greek alphabet.

My book, “Finn McCool’s Football Club: The Birth, Death and Resurrection of a Pub Soccer Team in the City of the Dead” (Pelican Publishing) covers my emigration to the Crescent City from Northern Ireland in my mid-thirties. It follows my struggle to fit in and make friends until I find an Irish bar called Finn McCool’s in the Mid-City neighborhood, owned by a Belfast couple Stephen and Pauline Patterson.

The book chronicles how I and an eclectic bunch of expats form a soccer team, then follows us as we deal with Katrina. I write about what happened when we returned to the decimated city and tried to rebuild our shattered lives despite everything having been literally washed away. I describe what daily life was like in our surreal, post-apocalyptic landscape lacking basics like electricity, schools, hospitals, traffic lights and trash collection.

It focuses on the two-and-a-half years from July 2004 (when my wife and I arrive in New Orleans) until early 2007 when we were on our third season in the local Sunday league. By then we were playing in Division One of SELASA (South East Louisiana Adult Soccer Association) having won promotion from the second tier in our inaugural season.

The following season we were champions – too late for it to make the book, but timely enough for a photo on the back cover – and a year later an influx of young, fit talent meant we formed two squads with one in each division.

I dropped down to Finn’s II and we won the title at our first attempt. Spring 2009, the season my book was released in the States, was our watershed with both teams winning their respective leagues and remaining undefeated all campaign.

I traveled the country promoting my book and appeared on national TV and radio shows. I was lucky enough to get rave reviews spanning the Washington Post to the BBC and it has more than 100 five-star reviews on Amazon. A Californian movie producer bought the film option.

Probably nothing will ever come of that, but it was bizarre to read a script treatment about my life then hold a phone conversation about me becoming an executive producer on my own story. I was in the bathroom folding my daughter’s laundry at the time.

The foreign rights were sold, it was released in the UK and Ireland, and I was asked to write for Chelsea, the English soccer club I’ve supported for almost 40 years.

I did signings and readings at everything from romance writing groups to library workshops, elementary schools to literary festivals, British pubs to minor-league soccer clubs, independent bookstores to Sam’s Clubs.

Two filmmakers flew in and shot documentaries such as this short promo on YouTube: 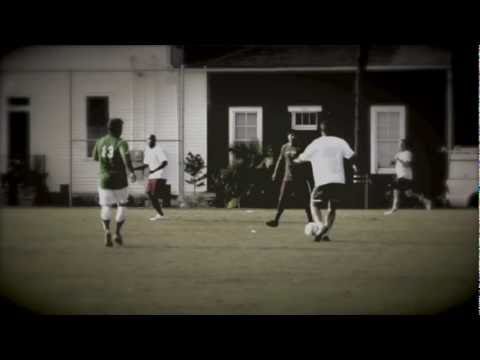 The book also opened up two career paths locally: a teaching position at the prestigious Walker Percy Center at Loyola University, and a high school soccer coaching post (I’m working my way up the national licenses).

An English club crossed the Atlantic to play us, now labeled, ‘Finn McCool’s Football Club – The Most Famous Pub Team in the World.’ Another jetted in from Bermuda, so finally in my forties I won two international caps! Teams came in for friendlies from Texas, Alabama and Florida.

Our initial rampaging trophy run spluttered to a halt, but we still enjoyed sporadic success. The firsts won the league for the third and final time in 2010; while the seconds waited three years for a third title but were then Second Division champions in 2012.

The two-team setup was abandoned due to dwindling numbers and we consolidated back to a single roster in the Second Division. Another three years past until we won the league again this July, a decade after both our first match and Katrina.

Three Division One titles, four Division Two championships, and something like eight victories in both cup competitions. Not bad for a gaggle of aging ex-pats who arranged an afternoon kick-around a decade ago.

Out of that ragtag 11 thrown together in April 2005, I’m the only one left who is still dragging his aching legs around the field on Sundays. But there is another unusual survivor from that first game – local Rich Kramer lined up with the opposition that day but in an ironic twist now plays for us!

Two others from our pre-Katrina squad who joined shortly after me are still here as well. Frank ‘The Tank’ Komduur, the pot-growing Dutchman whose Katrina story takes up Chapter Two of the book, is even older than me.

Also hanging on is Englishman Andy Smith who features in the book prologue set at Finn McCool’s two days before the storm hits. He maintains he is the only player in our history to have scored in every season of our existence, and though I’m not 100 percent sure that’s true, I can’t argue he has the best claim to that record.

Most of my friends and fringe characters from the book are still around.

They don’t pull on their cleats anymore, but they continue to meet at the pub, come to occasional get-togethers, or show up to watch the World Cup. Unfortunately in the last year we have also reunited at funerals for two ex-players who are in the book who both died way too young.

The eponymous pub meanwhile has gone from strength to strength.

It reopened on St Patrick’s Day 2006 and has cemented its position as the premier soccer bar in the city, the state, and possibly the country. Just a few weeks ago it was voted the best bar in New Orleans, while in March it received even greater recognition when it was named one of the Top Ten Irish pubs outside Ireland.

On the storm’s anniversary we will play a match featuring the current Finn’s team v ex-Finn’s players. Afterwards we will retire to the bar and celebrate 10 tumultuous years and commemorate the disaster and the players we’ve lost since.

A decade on from Hurricane Katrina, I still think perhaps the most relevant message in my book is the importance of friendship.

Those who came through the storm relatively unscathed opened their doors to less fortunate teammates, and although property and buildings were wrecked, for this resolute and disparate bunch of ex-pat mates, adversity forged and strengthened relationships.

We also just happened to play soccer together.

The book is available from the Slugger Bookstore or you can buy an autographed copy from stephen-rea.com.