As the man said…  It’s tradition!

Those of a sensitive disposition are duly warned, again, that James Joyce enjoys the language in all its fecund nuttiness. Enjoy! 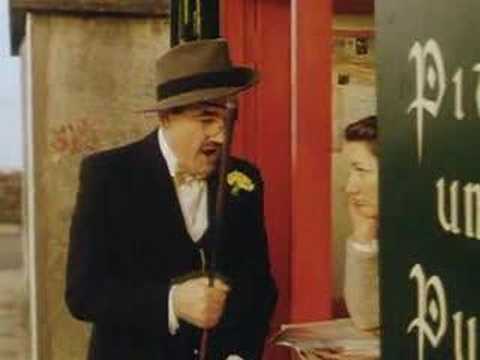 The Guardian looks at how fans around the world will be celebrating James Joyce’s Ulysses.

Usually, says Dean Parker, he helps stage a musical show in Auckland’s red light district: a three-hour musical cabaret of dramatised episodes from Ulysses. Last year was a “stunning, jam-packed success”, with Lucy Lawless, aka Xena Warrior Princess, reading Molly Bloom’s soliloquy. “By the time of the soliloquy the audience was pretty liquored up as Lawless (who’s from a prominent Auckland Irish family) had whacked a thousand bucks down on the bar for Guinness and shorts. One of the cast reported he’d been outside having a smoke when a punter burst out into the street hollering, ‘They’re giving away the beer in there!’” he says.

This year, they’re sticking to songs and readings in the Thirsty Dog pub, due to “exhaustion and over-commitments elsewhere”. It’s “next to Suzie Wong’s Massage Parlour”, he adds.