Last night’s powerful Channel 4 news report has led to fresh calls for Kincora to be included in the Westminster paedophile inquiry.

Richard Kerr, a victim of abuse at Kincora told Channel 4 News that he was taken from the east Belfast home to London where he was molested by members of a VIP paedophile ring. Mr. Kerr alleges that he was abused by “very powerful people” at Elm Guest House and Dolphin Square – locations at the centre of the ongoing inquiry which has been mired in controversy. 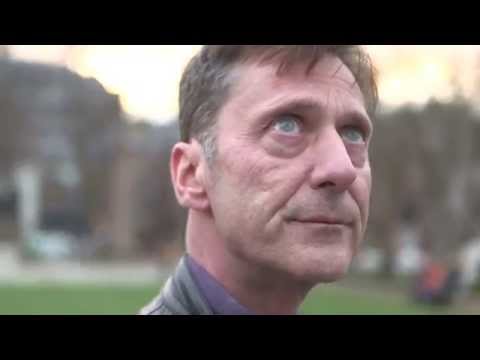 Last month Home Secretary Theresa May ruled out extending the scope of a child sexual abuse inquiry to cover Northern Ireland and Scotland saying that child protection is “a devolved matter” despite Home recommendations by a Home Affairs Committee report:

In the 13 minute report Richard Kerr meets former army intelligence officer Brian Gemmell who claims he put in an official report about Kincora to a senior MI5 officer but was ordered to “stop digging and forget about it”.

Brian Gemmell said he believed what happened at Kincora decades ago should be brought within the scope of the judge-led inquiry set up by Theresa May. Asked why, he said: “I think two words – Richard Kerr. I think Richard’s transporting over to the United Kingdom mainland to be abused, rather than just being abused in Northern Ireland, speaks volumes. It ties the two together.” When asked if he believed claims that efforts were still being made to cover up what happened, he said: “I do.”

Naomi Long has also called for Kincora to be included in the abuse inquiry saying:

There is still a real reluctance at Westminster to turn the full glare of scrutiny on to the national paedophile inquiry at Kincora. I have to ask myself why is that the case? Why would we not want to know what happened? Why would we not want to give the victims full closure by getting at all of the truth? I believe a new home secretary after the general election should even now include the Kincora scandal into the wider Westminster paedophile inquiry

Kincora is currently part of  the Historical Institutional Abuse Inquiry (HIA), examining allegations of child abuse in children’s homes and other residential institutions in Northern Ireland from 1922 to 1995, however Sir Anthony Hart, the retired judge leading the current investigation has expressed concern that he lacks the authority to get to the truth.  Amnesty International and other human rights organisations have pointed out that the Banbridge-based inquiry would not have access to confidential intelligence documents. There is a general sense that we somehow do not trust our local institutions to get to the bottom of this or indeed any matter.

Ed Maloney goes one step further than the call for Kincora to be included in the Westminster inquiry. On his website he suggests:

If only a fraction of the claims made below by former Kincora resident Richard Kerr are true then the case for a truly independent tribunal of inquiry into the Kincora Boys Home scandal is unanswerable. And to help ensure that it is independent from attempted subversion by British intelligence, it should be chaired by an international figure from a non-Commonwealth, non-NATO country

I want those who are responsible brought to justice. We can’t fail in this. We just can’t. If we fail on this we are allowing this to continue