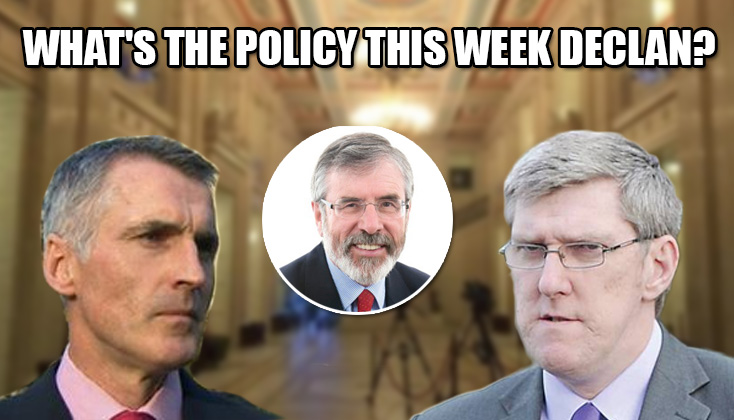 And of course today, that’s exactly what his party colleagues did… Declan Kearney then sort of doesn’t go on to explain why the reversal of , , erm, thingie… [Reverse Ferret? – Ed]