Well, probably not in general. Definitely not in politics. And certainly not in Ireland, where in the Republic just 15% of politicians are women. But elsewhere, in the global marketplace this is changing rapidly, as Hanna Rosin points out in her TED talk: 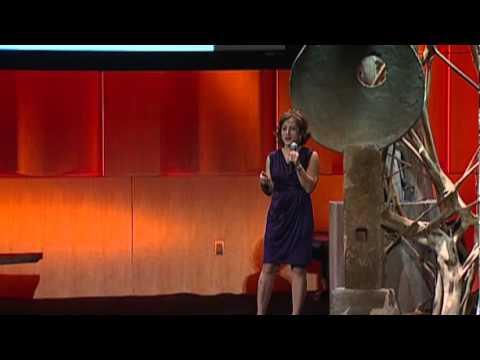 …for every two men who get a college degree, three women will do the same. Women, for the first time this year, became the majority of the American workforce. And they’re starting to dominate lots of professions — doctors, lawyers, bankers, accountants. Over 50 percent of managers are women these days, and in the 15 professions projected to grow the most in the next decade, all but two of them are dominated by women. So the global economy is becoming a place where women are more successful than men, believe it or not, and these economic changes are starting to rapidly affect our culture.

Much of what we think about men and women is changing rapidly. It has been for much of the last fifty years, but recent events have shaken some of the underlying patterns up onto the surface of wider public consciousness. Rosin notes:

I remembered back to about 10 years ago when I read a book by Susan Faludi called “Stiffed: The Betrayal of the American Man,” in which she described how hard the recession had hit men, and I started to think about whether it had gotten worse this time around in this recession. And I realized that two things were different this time around. The first was that these were no longer just temporary hits that the recession was giving men — that this was reflecting a deeper underlying shift in our global economy. And second, that the story was no longer just about the crisis of men, but it was also about what was happening to women.

She finishes with a trashing of the often resorted to metaphor of the glass ceiling. “What crazy person would pop their head through a glass ceiling”, she asks. In fact, the whole idea is debilitating in itself.

She prefers the more enabling metaphor of the bridge:

…the point about the high bridge is that you have to have the confidence to know that you deserve to be on that bridge, that you have all the skills and experience you need in order to walk across the high bridge, but you just have to make the decision to take the first step and do it.

If these US conditions are anything to go by, then the economy is changing already. The deficit of women in politics may simply be a sign of it’s own general ill-health.

Please note Monday is world Women’s Day and as well as Stormont being bathed in purple light for the occasion we hope to give Slugger over to as many women’s voices as we can muster. And not just for that day, but begin to shift the Slugger voice to something more aligned with the changes in in wider society. If you are interested in joining the Slugger team, ping Mick an email to edito[email protected].