I heard recently of an old Irish aristocrat who would never pour a drink for his guests, but instead he’d let them choose their own measures. Too little would betray caution or even distrust. Too much suggested voracity of appetite.

John O’Dowd’s response to the finding from Spotlight documentary was that Sinn Fein’s £700k research that appears never to have been done is the only auditors worth listening to is the electorate: 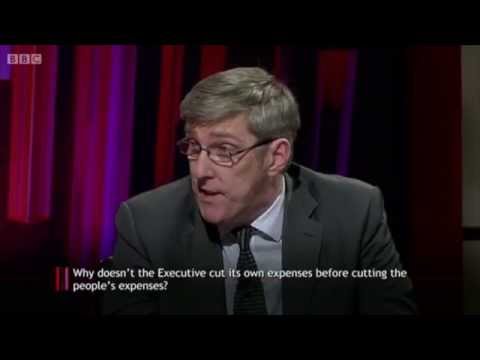 An interesting political angle. Telling the Assembly you are going to spend money on one thing and then spend it on something else is a clear breach both of the rules and the law.

You have to hand it to Sinn Féin, the party which likes to remind people that their colourful legacy is not up for inspection.

This leaves members free to focus on dark periods they might see in other party’s political pasts, while roundly condemning anyone who tries to shine a similar light on the murkier aspects of Sinn Féin’s past.

Whistleblowers who do not criticise the party or the republican movement are embraced. Those who dissent are not so royally entertained, as Maíria Cahill discovered.

Just because they have no legacy to stand on, doesn’t mean you can’t step on their toes. Another tour de force from Mary Lou.