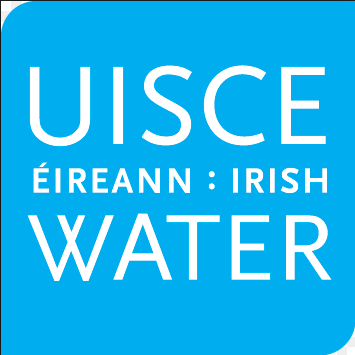 I remember the day the Luas opened. Vincent Browne was fulminating furiously on the gross inflation of costs involved, asking the age old question of why no one in journalism was keeping an eye on these runaway baselines which culminated in a tripling of the final cost from the original estimates.

It struck me as a good question always to keep in the back pocket when considering southern politics.

So why, when all of the matters pertaining to Irish Water have been in play for years now does it fall to zero hour before the crowds take to the street? Eamon McCann echoes a point fitfully alluded to in Shelley’s poetry:

Protest will always leave a trace, even when some at the head of the march heave a sigh of relief as militancy fades. The Duke of Wellington is said to have said of troops newly arrived for battle in the peninsular war: “I don’t know what they do to the enemy, but by God they frighten me.”

Many a union leader and constitutional politician might echo the sentiment as the crowds assemble this afternoon, concerned that this thing could get out of hand, undermine their authority, weaken respect for the institutions of State .

Then again, union leaders in particular might ponder the fact that the optimal conditions for, say, forcing an employer to back off in run-of-the-mill wage talks is to be able to draw attention to a dangerous mob outside, hammering on the door.

The problem with Irish Water is not the water. It’s not even the charges, though threatening to cut off such a vital commodity to non payers is the political equivalent of jumping the shark.

Everything about this issue is political and it speaks directly to something which has been in contention the world over: the centralisation of political power to remote and elite centres of capital.

In an early #DigitalLunch Colin McGovern pointed out that in the Netherlands, local authorities were set up to democratically manage common resources such as water. The whole point of Irish Water was to remove it from what little democratic oversight remains at local level in Ireland.

This is a core problem which we will see raising its often ugly head over and over again. A near national sport of resentment against Dublin and all its doings. Consider the remarks of Chris O’Dowd, that least political of Roscommon comic actors at the weekend:

If it was any kind of reservoir in the greater Dublin area it would have been fixed 17 months ago. It is just a kind of outside the pale, forgotten about thing

For its part the new government played into this narrative by seeking to build an expensive edifice which it hoped would signal change when in fact at a time of extraordinary austerity in the public sector through money at signal that that’s being read in exactly the opposite way.

Water supply in Ireland is a wicked multi generational problem requiring many more resources to fix to high modern standards than the country can afford to fix even with a twenty five year mortgage.

No one wants to go back to the days of the springwell that was common to every family’s holding in rural Ireland. That water was free, unless in a hot summer you had to draw from the neighbour’s well.

This stuff, if the country wants Dublin standard quality and delivery is going to cost more than the country is willing to pay right now.

All of which adds up to a very big and very fat problem, since no one who is in any position to deliver it is willing to tell the the masses in Dublin and throughout the country the pure unvarnished truth about it.

The urgent business of quelling masses merely displaces the important business of fixing the problem. It’s politics and how it is conducted which needs to change, not just the water charges.