Sinn Féin deputy leader Mary Lou McDonald has posted a twitter response to a blog circulating on social media which describes Maíria Cahill’s alleged rape ordeal as “a year long sexual liaison”. The blog describes the alleged rapist as a man “whom many a 16-year-old would likely fancy”.

The anonymous blogger who reportedly resides in West Belfast and calls himself “Ruaidri Ua Conchobai” writes an irregular blog called ‘Belfast Child’. The blog asks whether what happened between Ms Cahill and her alleged abuser was in fact a “year-long clandestine sexual relations (sic) between these two people ignited by a lawful but ‘a few cans of beer’ induced seduction by a silver-tongued, musically talented, IRA-powerful type of charmer whom many a 16 year old would likely fancy… it’s possible but I don’t know, do you?”.

The blog was shared on the Facebook page of Seamus Finucane, one of those involved in the ‘kangaroo court’ described by Ms. Cahill who allegedly forced her into a confrontation with her alleged rapist.

Yesterday in the Dáil Gerry Adams TD, Leader of Sinn Féin described those named by Ms. Cahill as “decent people” sparking a furious backlash in some quarters. 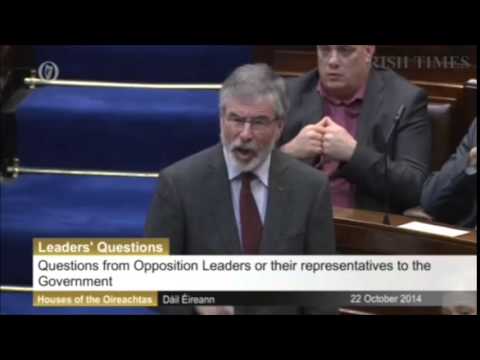 Gerry Adams called this man decent. Was sharing this post a ‘decent’ thing to do? I would like Sinn Fein to publicly say that Finucane is not decent and call on Mary Lou McDonald to condemn his actions

Last night Gerry Adams issued a statement denying any knowledge of alleged abusers being “moved from the North, across border to this jurisdiction or anywhere else.”

Today however Sinn Féin TD Peadar Tóibín appeared on Newstalk Breakfast and stated that he had “no doubt that the IRA moved abusers” but that he believed Mr Adams and that he didn’t think the Sinn Féin President had any more information about any other cases.

I believe Maíria Cahill was raped and I, speaking personally, regret that she wasn’t able to go into a court and confront the person that she alleged raped her in the same fashion that republicans are being confronted now. That has to be the target now. The target has to be the alleged perpetrator of her rape. 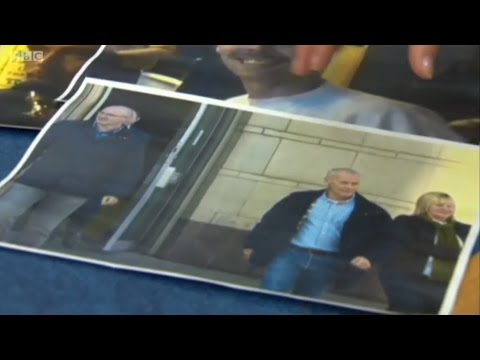 As the story develops the pressure on Sinn Féin and Gerry Adams in particular continues to grow.