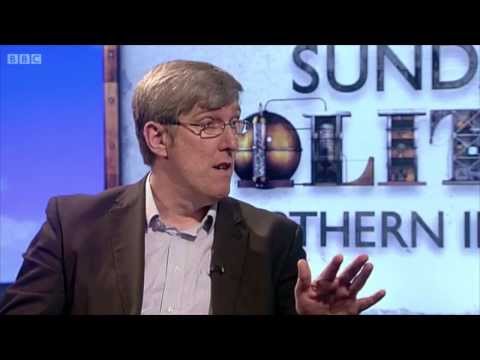 So, here’s John O’Dowd trying to explain why the money he threatened to take away from schools will no longer be taken away. He explains that he knew all along that he had an extra set of contingency cash of up to £15.8 million to fill the hole his proposals make.

There were 15,000 responses to the proposed changes. Afterwards Sheila Davidson called it political playacting:

The fact remains that an awful lot of school resources went into responding. It seems to me that the one thing that the Minister says is the best thing about this was the engagement. Well, why have such a negative engagement?

Why not actually put £15 million into the schools – if that metric of free school meals is the best one, I think that’s probably questionable – why not just give it out and then not have the resources of the schools that have had to submit plans the worry of contingencies and then have to think that this is going to happen again.

Happening again, because Mr O’Dowd’s fix derives from dipping to his contingency  for this budgetary year. He will have to start pitching for real money next year.

Interestingly 77% of the respondents to his own consultation disagree with the use of free school meals as a useful marker of poverty. The switch in England to universally free meals means it will become a regional oddity in the UK. It also means a bump in the block grant, which his Executive colleagues already have their beady eyes on.

In contrast with Northern Ireland, Wales now knows just how much extra is coming its way via Barnett:

Aled Roberts (North Wales): How much in total revenue and capital funding will the Welsh Government receive over the next two years 2014-2016 as a result of Barnett consequentials from the UK Government’s policy on free school meals for all infants? (WAQ66402)

The Minister for Finance (Jane Hutt): The revenue and capital funding being received by the Welsh Government over the next two years; 2014/15 and 2015/16, as a result of Barnett consequentials from the UK Government’s Autumn Statement is as follows:

These numbers comprise a number of positive and negative consequentials and those relating to the UK Government’s policy on free school meals for infants are:

Retaining free school meals the Minister might hope will give him enough wriggle room to do something constructive and targeted with that money (when someone in the Assembly gets round to asking Simon Hamilton just how much?). But failure to adjust the common funding formula also strengthens the hands of Executive colleagues (in health or social services say) who are also eager for their own funding boosts.