And on the day Liam Adams was sentenced to 16 years for the child rape of his daughter, and Gerry Adams odd insouciance on the matter of what he actually did in response to finding out over 20 years ago, this from Sinn Fein… 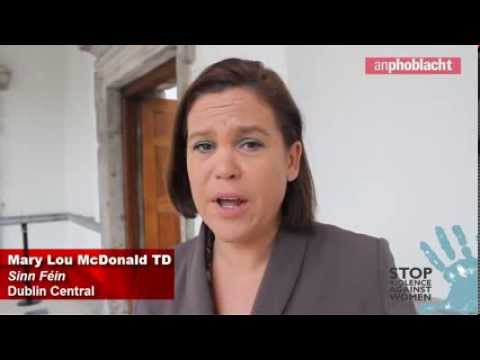 Ms McDonald is furious (apparently) with Micheal Martin for claiming that:

In the cases we have become aware of, he (Gerry Adams) would have been aware of as well… and an attempt was made to deal with those internally

The question needs to be asked of deputy Martin as to when he received this information and has he passed it on to gardaí?” she said.
That is the only appropriate course of action for any responsible citizen.

Well, quite Mary Lou. If that’s the new standard, so how come there is no record of your own leader talking to An Garda Siochana when he ‘allegedly’ took his brother’s confession in Dundalk on that rainy day in 2001?

“Let’s be logical about this. If Gerry Adams went in Louth and spoke to his brother and told him to leave [the party], why would he not do it in Andersonstown?”

And from that same post, the first appearance of the ‘very busy’ defence of Gerry Adams’ ignorance of his brother’s involvement in Sinn Féin in Andersonstown – “From 2000 and for a number of years”, according to Sinn Fein’s own account.

The BBC’s Gareth Gordon asked: “How could you not have known? You’re the MP for West Belfast, that’s your power base?

Mr Adams replied: “Well, I can only tell you I don’t know every member of the party in west Belfast. I’m also a very busy activist. A lot of this happened at a time of intense, hyper activity.

“But I didn’t know. That’s it. People will make up their own mind on that and decide on their own position.”

But, as Gerry Kelly recently admitted,

You know, I [still] don’t know enough about the detail of this…

And, as someone advised just the other day

[Gerry Adams on the BBC/RTÉ programme The Disappeared] “I learnt a long time ago, if you don’t ask, you can’t tell.”

A spokesman for Fianna Fáil has said authorities in Northern Ireland were aware of the two cases Mr Martin mentioned.