There’s an important detail I don’t want to end the week without marking for future reference. It’s Mike Nesbitt’s grilling of the Sinn Fein Chair Declan Kearney on The View last night over the ongoing issue of Gerry Adams: 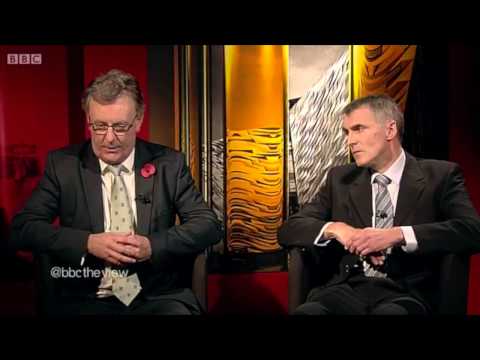 The critical point comes at 7.22 when Nesbitt is asked whether a public appeal will suffice for information about the whereabouts of the seven bodies of The Disappeared that remain unrecovered:

We talk about the need for respect, but actually in the Belfast Agreement it talks about the need for mutual trust. How can unionists trust republicans when Gerry Adams says, “I know nothing about Jean McConville. I was never in the IRA.” And I notice in the documentary that Billy McKee the veteran republican challenged Gerry Adams, “come and say that to my face”?

Carruthers: So Mr Adams position is not credible?

Nesbitt: No it’s not. Neither is Martin McGuinness’ when he goes to the Oxford debate this week and he says “we never targeted civilians”. Jean McConville was a civilian. Columba McVeigh was a civilian. The Disappeared, La Mon, Abercorn, Kingsmills, on and on, no warning bombs.

None of this is easy for Mr Kearney to field, not least since he was the poor critter who had his name appended to that peremptory internal inquiry back in January 2010 which gave his party leader a clean bill of health over his preknowledge about Liam Adams’ membership of the party.

This is the nub of their problem. It’s not plausible any more to believe or suppose that Gerry Adams was not in the IRA. Whether he was, or was not is actually not relevant. It’s the perception that he has to lie about that matters.

As Eamonn McCann delicately and sympathetically notes, it is this seeming ‘need’ to embrace duplicity that’s driving some former Provos almost round the twist:

…his embarkation on the road to the 1998 agreement did not represent a betrayal of the movement but an attempt to bring the movement into alignment with the consciousness of the people in whose name the struggle was being conducted.

There was nothing inherently ignoble about this. But it required a break with the ideas which had powered the struggle.

Adams’ problem was that he couldn’t spell this out, not at the time anyway, to those who had embraced traditional republicanism and in many cases had suffered mightily in its name.

Democracy makes liars and hypocrites of everyone who participates in it. And at this time of huge transparency, publics across the world are making demands of politicians to be consistent and principled in ways perhaps that they themselves might struggle to follow in their own real lives.

It’s not that the public cannot tolerate a lie, noble or otherwise, so much that when the lie eventually runs out of road it can wreak unpredictable damage. Damage to the leader, and in this case the party which has given him such loyal and unquestioning support throughout.