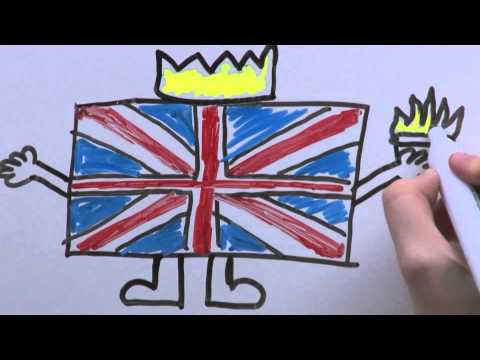 Yep, and if you want a short (if a little repetitive) pen picture of what and the who of the G8, this short video from the US Embassy in London is as good a grab as any.

You can see from the ariel photographs here just why the Lough Erne Golf Resort was such a no brainer to the organisers. To steal from Shakespeare’s John o’ Gaunt “it is a precious stone set in the silver sea/Which serves it in the office of a wall,/ Or as a moat defensive to a house,/ Against the envy of less happier lands…”

Ironic, since what made Fermanagh difficult territory for the British security forces makes it nicely defensible since the heads of some of the most powerful countries in the world will be coming to do business there on Monday and Tuesday.

Actually, the truth is that in terms of strategic global importance, the G8 has been eclipsed in recent years by the G20, which is a much more representative of how world economic power has been evolving over the last generation.

If it has a utility, particularly under an activist UK chairmanship, it is that most of its members (with the exception of Russia) are much more committed to multilateral actions than a G20 that comprises countries as far apart in interests as India, China and Brasil, plus the G8.

Of the three major topics at play in Fermanagh, trade is a regular given, but is the one issue on which there is rarely any significant movement. Transparency there is unlikely to be much progress. But the emergence of tax compliance as a key issue of concern for at least for the G7 subgroup is significant.

David Cameron laid his cards on the table in the WSJ last month:

We must fight the scourge of tax evasion by promoting a new global standard for automatic information exchange between tax authorities. And we must tackle aggressive tax avoidance by encouraging better global reporting to tax authorities in both the developed and developing world; and by letting tax collectors and law enforcement find out who really owns and controls each company.

Given Ireland continues to get the rough end of the US Congress’s tongue, you can bet your bottom Irish sandwiched dollar that’s why Cameron is making sure Enda Kenny is getting a seat pretty close to the top the table on that one.

As it happens, Russian is the current chair of the G20 and is due to take over for the next G8 summit in 2014. So few of the issues that get talked about in Fermanagh are likely to get much serious and broader play until Turkey hosts the G20 in 2015.

In the meantime, Peter and Martin will be hoping to leave some brochures on the lobby tables (no special friends from China I’m afraid) and may be get an invitation or two for next year, or better still the year after (having cleared the diary of any pesky Assembly elections)…