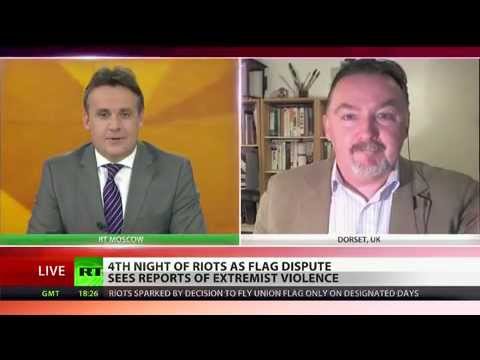 So here’s my interview with Russia Today, erm, last night on Skype. I apologise for a major cock up on the old statistics front. At the beginning quote transposed figures of Catholics and Protestants (which given what I’ve been saying about the census may amuse some of you).

The thrust is roughly that this protests are contained, small scale and politically at least are going no where. But it does show too that our system has no really strong means for expressing opposition in any controlled parliamentary way.