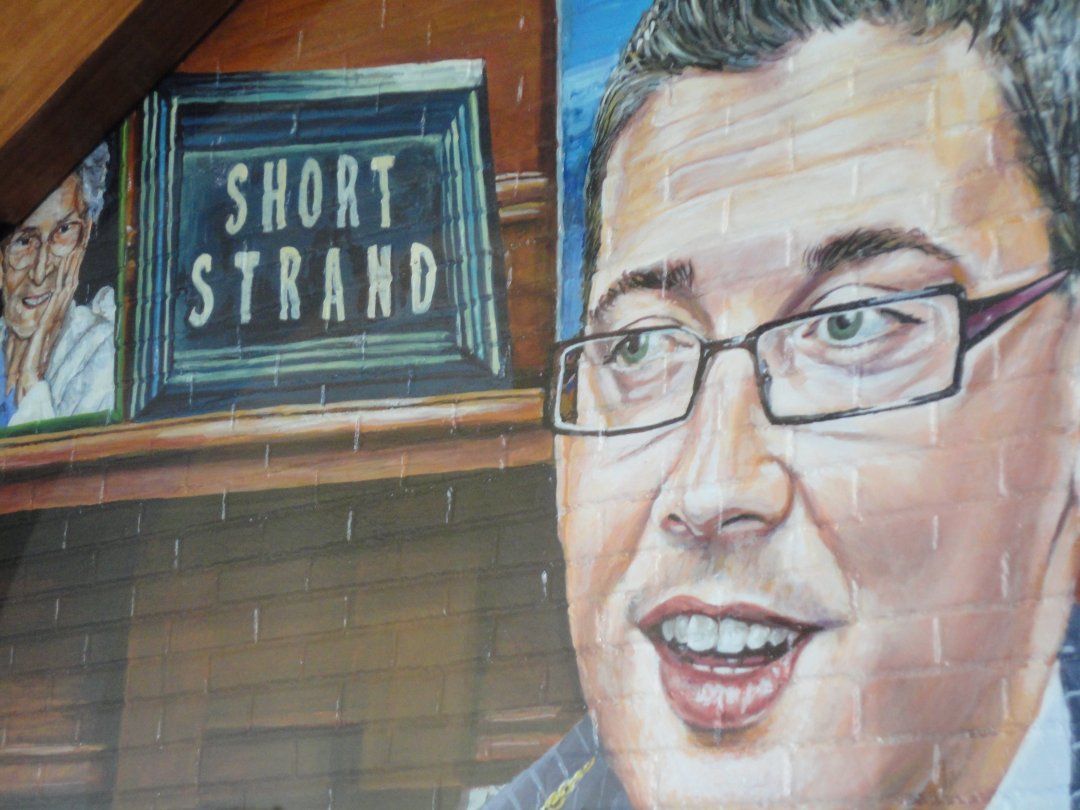 It’s unimaginable that even ten years ago a DUP Lord Mayor could have spoken warmly about his Sinn Féin predecessor on the occasion of the public hanging of the mayoral portrait. But this afternoon the Lord Mayor, Alderman Gavin Robinson was warm and gracious in his comments about Councillor Niall Ó Donnghaile at the unveiling of Danny Devenny’s painting.

Normally a muralist more used to thick brushes on gable walls – the Bobby Sands mural on the side of Sinn Féin’s Falls Road offices are perhaps his most prominent work to date – Danny D agreed to the outgoing mayor’s request to capture his image that will now hang in the Belfast City Hall corridors for years to come.

Unlike some of the more stately portraits, Niall’s portrait is housed in a house-shaped frame and the brick-textured canvas is full of detail from his year in office – the Titanic, an MTV mug – as well as images of his two grandmothers, James Connolly and a Short Strand street sign.

Friend of the family Danny Devenny spoke about the process of being asked to paint this portrait and was unphased about having his work hung in the City Hall. Despite some differences in political outlook, the muralist who learnt to draw while in prison has more recently worked along with David Ervine’s son Mark.

Niall agreed to an interview (downloadable mp3) and over twenty minutes talked freely about his year in office and what he had set out to achieve. He also spoke about what happened at the Duke of Edinburgh awards and the fallout that dogged him throughout the second half of his term, sitting beside a cadet at the opening night of the Presbyterian General Assembly, and was critical of media coverage that accused him of “snubbing the Queen”, as well as talking about his improving relationship with Deputy Lord Mayor Ruth Patterson over the year.