Another wondrous view of the Aurora Borealis as captured by the crew of the International Space Station.  This time as a backdrop to the equally wondrous sight of Ireland and the United Kingdom under night-time conditions [0-18s].  Video via NasaCrewEarthObs. 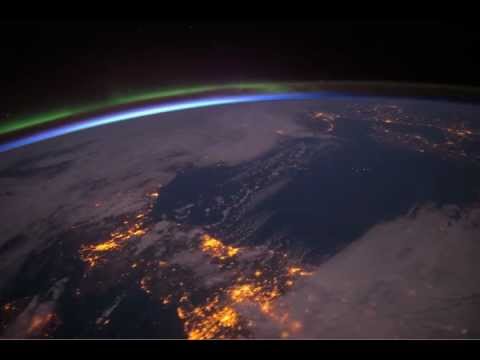 This video was taken by the crew of Expedition 30 on board the International Space Station. The sequence of shots was taken April 5, 2012 from 00:44:21 to 00:50:07 GMT, on a pass from the North Atlantic Ocean, west of the Celtic Sea, to western Poland. This video was taken as the camera looked north towards the Aurora Borealis and the United Kingdom and Ireland. Once the ISS passes over the North Sea, the countries of Denmark, Norway, Sweden, and Finland can be seen, which are rarely able to be photographed from the ISS.