I was in Washington last week, speaking at a conference on the prevention of violence (you can still pick up some of the content on Twitter, if you put in the hashtag #mPreventViolence). It was organised by the US Institute of Medicine.

I partnered up with John Pollock, who has been writing about the digital revolution that’s been driving revolt against dictatorships in countries across the Middle East. John spoke about the ways in which ordinary people co-operated both offensively and defensively in Libya (“toppling governments in their spare time”), and how social media generally have been tools in the hands of people rather than the other way round.

Asked to draw lessons from my experience with Slugger in a slowly developing democratic space, I put together this presentation called Winning the Peace? (a video of the actual presentation should be available in the next week or so).

I have to confess that I was somewhat sceptical about the whole concept of preventing violence. My own experience is that you simply cannot argue with a man with a gun. And if you are unfortunate enough to find yourself in the middle of an argument between two men with guns, survival may be your own thought.

But one of the first speakers Mark Rosenberg, the current head of The Taskforce for Global Health, who argued that the pure identification of violence as evil was putting blinkers on people. As much as to say that evil, like the poor, will always be with us, therefore there is nothing that can be done about it.

As an aside, he also noted that “interpersonal violence is connected to group violence”, which given our history would suggest that we have a larger problem than most societies. Every year, more than 1.6M people die from interpersonal violence. If that were a virus, he argued, there would be no question of refusing to mobilise substantial resources to address the problem.

Most powerful about the whole event though was the sense that there are things that can be done, like Citizens Connect in Boston, or Harrassmap in Egypt, both of which look to intervene in interpersonal violence by getting citizens to report into a common space.

Usahidi grew out of a felt need to do something about a wave of violence in Kenya after the elections in 2008. It took six days from idea to delivery. If I recall correctly (my poor note taking fails me) took a further four months before they could find time and bandwidth to become and organisation and eight months before they received You can see the legacy site here, but the work is still ongoing. You can pick up the substance of Erik Hersma’s presentation here.

Interestingly, they had no permissions to seek, or indeed any particular knowledge of violence prevention. They did it because they could and the times demanded it. The key to innovation is often that it arises is small, nimble and thoughtful start up groups which are unencumbered by legacy, internal regulation and become active because they can.

There was lots of good examples of people taking control (often away from overstretched, overburdened and over bureaucatic governments) in order to pursue a more proactive human rights agenda. My favourite, was Bell Bajao (literally ‘ring the bell’), which asked men and boys to become more proactive in preventing domestic violence, by essentially creating a new narrative around the issue.

Eesha Pandit is a US based representative explains the rational behind her organisation Breakthrough’s work in India:

Half the problem with abuse of all sorts is that often the perpetrators do not understand that it is unacceptable under the law. And generally it is not safe to direct confront the behaviour, especially if it includes violence. The principle, taken and re-purposed from epidemiology, is interruption, not confrontation. It’s a concept most notably put into practice by the Ceasefire project in Chicago. Related techniques also have been used in the past in interface areas in north Belfast.

The campaign was carried primarily in tv ads (created pro bono by Ogilvy & Mather), like the one below, and was undoubtedly helped by the inclusion as a storyline in several Indian soaps. It was anchored in research (PDF) which suggested:

…that men fall into three broad categories: (1) the few who act, (2) those who are violent and (3) bystanders.

Breakthrough decided to address bystanders, reasoning that the campaign could engage bystanders to stop violence by appealing to their positive emotions of respect and love for women — as opposed to approaching them from the perspective of guilt or negative emotions stemming from inaction.

Here’s one of several ads made in the original batch: 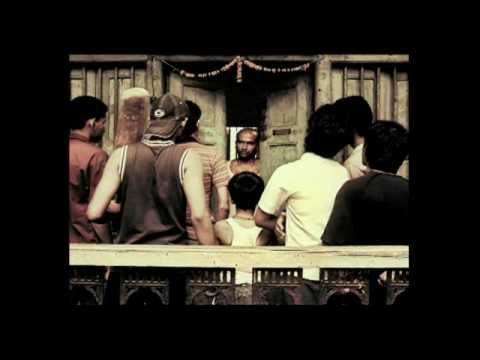 The critical aim is to raise awareness of the problem and put everyone (particularly men) on the front foot to tackle it and change the climate around reporting.

My primary take away is that instead of going passive, there are things people can do. As Mark Rosenberg noted, this is a cause and effect world; if we want to change things now, he says, we need to get active. However knowing the cause brings no certainty of successfully dealing with the effect. It was nearly 200 years after the small pox vaccine was discovered before the strategy (interruption) was found to finally kill it off.

It takes creativity, and commitment and probably some form of collaboration. Not everything can be done by the state. Human rights can and should be a citizens responsibility, whether it be on or off a battlefield.

In Northern Ireland we tend to imagine that all forms of abuse are historical. But for every high profile case of child abuse or domestic violence that comes to light now, there are many more suffering even as you read that report. It’s hardly right that they should also have to wait 20 or 30 years before they get to tell their story.

That’s the imperative behind projects like the now defunded Stop It Now here in Northern Ireland. By the time it hits the courts it is often too late. Perhaps it’s time people stopped micro managing the past and got stuck into dealing with some of the tougher issues of the present.

As Rosenberg notes, violence does not equal evil. It’s a behaviour. And behaviours can change.