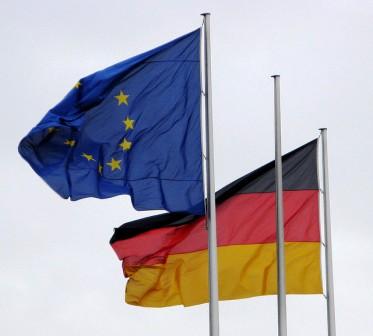 It all starts in Greece, but it may come home in ways not necessarily antipated by our local politicians.

First the Greek bailout was on, then it was on subject to a referendum that Prime Minister Papandreou hadn’t told any of his EU colleagues about. Then Mr Papandreou was going to resign, on his way to President Karolos Papoulias by some accounts. Then he wasn’t, and all he wanted was the backing of the opposition.

In the meantime, it looks like the arm twisting of France and Germany to lock Greece into a deal where Greek taxpayers get to bail out a serios of French and German banks, and lock themselves and their economy into a cycle where their debt looks set to increase and growth plummet.

But what’s this? Here comes the EU cavalry over the hill with an offer it hopes the whole Eurozone cannot refuse?

Translated: Get your soul right with us and things will be so much easier…

Policy co-ordination among heads of state is both undemocratic and ineffective. A monetary union may require more than just a eurobond and a small fiscal union. It may require a formal, if partial, transfer of sovereignty to the centre – that includes the rights to levy certain taxes, impose regulation in product, labour and financial markets, and to set fiscal rules for member states.

Under normal circumstances, European electorates would not accept such a massive transfer of sovereignty. I would not completely exclude the possibility that they might accept it if the alternative was a breakdown of the euro. Even then, I would not bet on such an outcome. Current policy is leading us straight towards this bifurcation point, which may only be a few weeks or months away.

Which suggests that even if Mr Papandreou departs (and no one should try to predict what way this story is going to turn next) is only the next way stage on a process in which the EU is likely to transmute from single market to a major new fiscal union with central northern European control as the price for internal transfers.

The treaty change Mr Boroso is proposing would have two implications for Ireland: a referendum is likely to be directed by the Constitition; and the bifurcation effect on the collective interests of EU countries Munchau believes will push the non Euro countries (including the United Kingdom of Great Britain and Northern Ireland) even further apart from the Eurozone (comprising the Republic of Ireland) than they already are.

Okay, that may be sometime down the road [or maybe not – Ed]. But the hard wired software of the EU was never designed to cope with such radical departures from its original design (not even Lisbon functionally anticipated this eventuality). The demands of a single market and a fractional currency union are not necessarily incompatable, but there is no means to tie the longer term interests of one to the other.

You begin to see why George Osborne was in favour of the Eurozone going its own way. In the meantime, the two Irelands, as ever, may find themselves drifting even further apart than before.