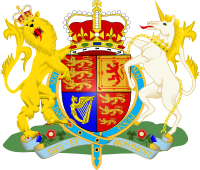 Note: In this article the Constitution is taken to mean a set of parameters within which a state functions. If these parameters are breached  the state will cease to function. It is not the aim of any of my articles to convert anyone to the idea of a Federal Kingdom. It is put forward under freedom of thought mind and expression, and for what the idea is worth.

I got an interesting comment to my article on— Whither Nationalism—from Stephen who seems to have inside knowledge of the S.D.L.P. He assured me that all nationalists are nowadays Republicans and that the S.D.L.P. has been Republican since its inception. Stephen wrote of the S.D.L.P. desire for an all Ireland Republic to be arrived at democratically. In my understanding of Republicanism its aim is the overthrow of U.K. Constitution and the deposing of the U.K. head of state with the setting up of a Republic with a President as Head of State in the case of the S.D.L.P. to be done democratically.

The Republican Provisionals attempted to over throw the constitution by brute force but this effort failed. A defeated Sinn Fein now sit in the assembly with the same aim of overthrowing the constitution and deposing the Head Of State but now democratic means are to be used. Since the Republican S.D.L.P. and Sinn Fein have the same aim as parties they are indistinguishable. According to Stephen the parties can’t agree who was first with the G.F.A. but that difference seems academic.

But is the aim of Republicans as understood, true democracy? To look a t the matter further a field suppose in America a communist party was set up with the aim of overthrowing the American Constitution and reconstitute America as the United Socialist States of America with President Obama being replaced by a communist president and if all of that were to be done democratically would that be true democracy?

Would that not be an abuse of democracy and such a party would be vigorously opposed in America. By the same token the aim of Republicans to over throw the U.K, constitution here by democratic means is an abuse of democracy also. This may have the support of Catholic Republican Ireland but it is vigorously opposed by Protestant Loyalist Ireland hence the sectarian constitutional dichotomy on the island and a border.

If the S.N.P. were to declare openly that they are Republican with the aim of abolishing the U.K. constitution and the Head of State and establish a Republic of Scotland with a Scottish President S.N.P. fortunes in Scotland could collapse. They seem to be opting for independence as a Scottish Nation within the existing constitutional set up; that is realistic strategy.

The S.N.P. strategy is similar to the strategy put forward in the thesis of a Federal Kingdom of the Sovereign Nation of Ireland and Great Britain with a reformed Crown as Head of State. I know this thesis drives Republicans up the walls but it is a central constitutional position between the extremes of Tricolour Republicanism and Union Jack Unionism.

A Federal Kingdom is a change of constitution and would require The National Government of Ireland Act to synthesise Nationalism and Unionism. This has been set out in a published version of the Act that runs to 20,000 words so the task is immense.

Union Jack Unionism and Tricolour are divisive, so the intelligent thing to do is to scrap both and replace them with a central constitution acceptable in both communities; this is possible feasible and doable in the Act under consideration to give a win-win out come to Nationalists and Loyalists What is needed is the will to do it with a voluntary political centre in N. Ireland.

The Author (non-establishment) is a retired teacher who now devotes his time to writing His writing interest is the British/Irish Problem. To date he has published four books on that theme. These are: – (1) The Way Ireland Ought to Be (2) The Rape of Virgin Munchindun (3) Size Matters (4) The Theoretical Solution to the British/Irish Problem all available from Amazon. The conclusion of book (4) is that to resolve the British/Irish problem requires the Federal Kingdom Constitution for all Ireland defined in The National Government of Ireland Act. Because of this honest conviction the author had his human rights violated by agents of the N Ireland State in Belfast.
When he was a practicing teacher he was elected as president of the Irish National Teacherâ€™s Union in Belfast at the height of the troubles. He campaigned for the abolition of selection at eleven and supported the Dickson plan which was adopted in North Armagh. Constitutionally he is a federalist and politically he is a Christian Socialist. He is now working on a treatise on Christian Socialism
Michael Gillespie B Ed B Sc (Econ) Dip Ed D. A. S. E. MA (Ed) Nonâ€“establishment teacher and author