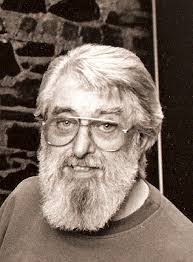 Ronnie Drew, founder of The Dubliners, has passed away, aged 73. Described as ‘a champion of traditional Irish music’ by President Mary McAleese, Drew had a voice that was instantly recognisable and, along with Luke Kelly, he was the voice of Ireland’s most celebrated folk group of the past half century. U2’s Bono provided the fitting tribute above. Click here for one of Ronnie’s most celebrated songs about his native Dublin. Rest In Peace Ronnie, you were a true legend.