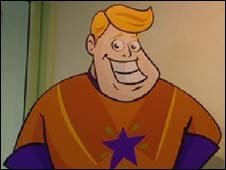 How has the rebranding of the Twelfth come across to us exiles? “Work in progress,” is probably the safest verdict. It’s always hard for the interested abroad to judge how much real menace and threat lies behind the typical reports of rioting and injured policemen . I noted the attack on Rasharkin Orange Hall and it’s dangerous potential. The SundayTribune’s report Orange streets awash with booze and vomit concentrated on other forms of unpleasantness.

Twelfth fans will no doubt claim the the press were simply repeating the usual stereotypes.

The idea of Orangefest as explained by the BBC did not impress everyone in the client base for whom, as we know, change isn’t always easy
And Grand Master Robert Saulters, speaking at the Dromara field, can be said to be not entirely on message just yet
“It is sickening to us, following such dastardly attacks on our people for 35 years, to see the commanders of that enemy sitting in government today acting as politicians who care for the peaceful existence of the people.”

Those of us with long memories know that often ( if not always) those speeches are more ritual than reality. I suspect the lesson for the esteemed First Minister is ” not a bad roll-out, must try harder”.

And yes, I did get the message from the PSNI, that it was a mainly peaceful day.