The murder of Ben Kinsella has thrust knife crime to the top of the agenda.

The irony that the 16 year old had actually written to Gordon Brown about the epidemic of stabbings and other youth crime makes his murder all the more poignant.

Outside of his family, the murder of 68 year old Bangor guest house owner Billy Spence may not have the same impact but it matches it in callousness. 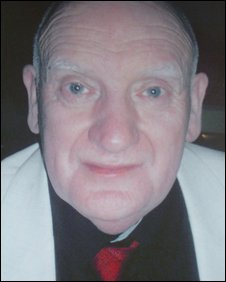 The Independent on Sunday reveals the full appalling knife crime and other stabbing stats for the UK including NI – 14,000 were taken to hospital last year.

More than 450 young people in Northern Ireland were threatened or hurt with knives in the last five years, according to government figures.

According to a Times report, police mediation techniques, pioneered in Northern Ireland, have been used successfully to reduce gang warfare in Birmingham. Around 1000 offences a year involving knives are committed in NI.

And the penalty for carrying a knife has been doubled ffrom two to four years.

A thoughtful piece by Deborah McAleese in the Belfast Telegraph concludes that doubling sentences isn’t enough….

Labour’s laws on violent crime are described as ” a convoluted mess” by the Policy Exchange think tank whose report “Going Ballstic” out later this week, is being “studied” by No 10.

Slugger will keep you up to speed… We want to know more about those PSNI mediation techniques.