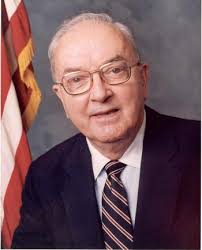 American Independence Day this year witnessed another disappointment for the stuttering New York Yankees, as they fell further behind in their crusade to win a Pennant in their final season in the House that Ruth Built. It was also the occasion for the passing of the legendary, infamous North Carolina Senator, Jesse Helms. Helms held an honorary degree from Bob Jones University (where’ve I heard of that place before??) and was a Senator for more than 30 years. Helms’ right wing views were always popular with a majority of his state’s electorate, whilst being abhorred by many other Americans. His racist opinions always created controversy, though did not seem to affect his poll ratings in his home state (quite the opposite.) On the civil rights protests in 1963, Helms remarked, “The Negro cannot count forever on the kind of restraint that’s thus far left him free to clog the streets, disrupt traffic, and interfere with other men’s rights.” He won his first Senate race in 1972 against a Greek-American candidate on the slogan: “Vote for Helms—He’s One of Us!”

In 1990 he sparked controversy after running an advert showing a white man’s hands ripping up a rejection notice from a company that employed a “less qualified minority” during his successful re-election campaign. In 1994, he was again in the headlines when he chased after the black female Senator for Illinois, Carol Moseley-Braun to catch her in the elevator in order to sing ‘Dixie’ to her following a Senate vote on Confederate flag insignia.

He rose to the position of Chairman of the powerful Senate Foreign Relations Committee in the 1990s where he was credited with blocking payments from the US to the United Nations.

Helms and his wife, Dorothy, were the parents of three children, including a nine-year old orphan (Daniel) suffering from cerebral palsy whom they adopted after reading in a newspaper that he wanted parents for Christmas. He also worked with U2’s Bono in recent years to support increased federal funding for AIDS victims in Africa.