As that meeting begins in Downing St, time to look back at yesterday. Máirtín thought it a “good speech in the round”, and picks up on the proverb noted by Mick, while WorldbyStorm suggests “Not much chuckling for the future then..” but, as well as the reference to vetos, “a safeguard, for as long as it is needed”, what struck me was the comparison between the new Northern Ireland First Minister’s speech’s references to “the people of Northern Ireland” and the deputy First Minister’s division of those people into “the planter and the gael”.[see below the fold]

We’ve discussed identity before.. It was left to the leaders of other parties to provide the overt criticism. [also below the fold] Here’s part of Peter Robinson’s speech. 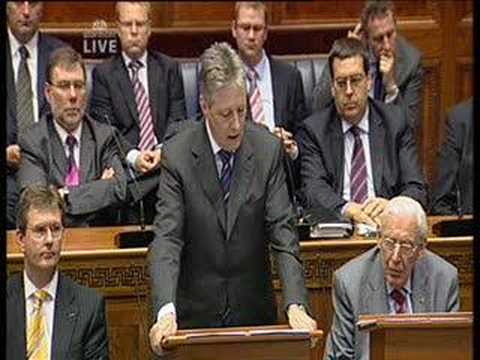 And a comparable part of Martin McGuinness’ 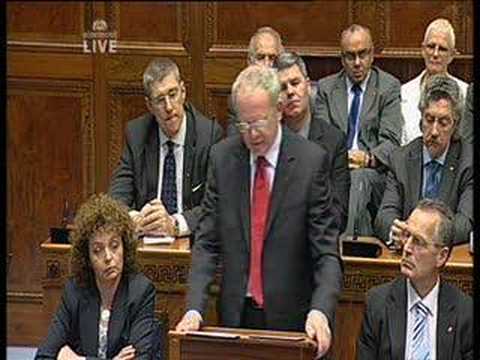 In a speech in the United States in 2006, the new First Minister made the following remarks;

‘I hope that the sons and daughters of the Planter and Gael have found a way to share the land of their birth and live together in peace.’

I share that hope and as joint First Ministers, the new First Minister and I, as the leaders of the Planter and the Gael, are charged with the responsibility to lead the way on behalf of the Executive. [added emphasis]