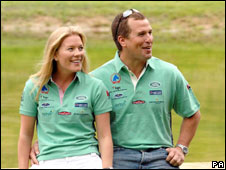 PRINCESS Anne’s son Peter Philips will be married to Canadian Autumn Kelly at Windsor Castle later today. Thanks to the Act of Settlement, Ms Kelly had to renounce her Catholic faith in order for her husband to retain his claim to the throne. He’s only be 11th in line (and a commoner), so her conversion was pretty token. While it may be natural for those born with a silver spoon in their mouths not to rock the boat, had Ms Kelly been a Muslim, Jew, witch or Satanist none of these problems would have arisen. And if she’d kept her faith, perhaps the couple would be getting more than half a million from Hello! – perhaps they might have even earned some wider respect?