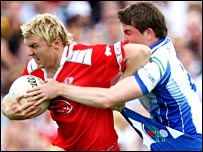 Tyrone have triumphed in Ulster, outgunning a gallant Monaghan side 1-15 to 1-13, whose ‘reward’ for defeat was a 3rd Qualifying Round Draw pitting them against a Donegal team with much still to prove to live up to pre-Championship promise. Meanwhile, Derry will face Laois in the Qualifiers after the latter fell to a 3-goal blitz from the Dubs- ABD remains my catchphrase, by the way, though the Dubs did look impressive in patches. Meanwhile, Antrim footballers will be taking the road seldom travelled to Croke Park as reward for reaching the final of the 4th-Division Tommy Murphy competition, with Conor McGourty once again the star Saffron performer.