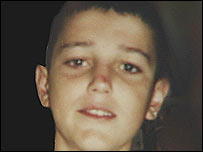 A 15 year old boy was left seriously injured following a sectarian attack in which his skull was broken and his attackers tied a wire around his neck and dragged him along the road. The attack, on the interface at Clifton Park Avenue, led to a protest in the area last night.