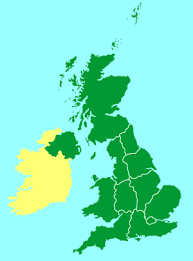 “There are things Wales, Scotland and Northern Ireland have in common that if we go to the British Government in harness, we will get more out of them.”

When the dust settles in Cardiff, will the Welsh first minister buy-in? How will Gordon ‘clunking fist’ Brown take to such an axis at the oft ignored but important Joint Ministerial Council meetings (pdf file)? ADDITION: Also Paisley argues the establishment of the three bodies is de facto federalism for the UK. (Hat tip WR)