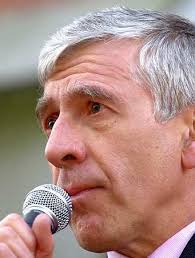 In the World Today, the Chatham House magazine, Jack Straw has returned to the theme of developing and teaching a positive British story. He first argued for this at the Cyril Foster lecture in January and has been a theme of Gordon Brown, who’s leadership campaign Jack is running. He wants freedom to be at the centre of the narrative:

That means freedom through the narrative of the Magna Carta, the civil war, the Bill of Rights, through Adam Smith and the Scottish enlightenment, the fight for votes, for the emancipation of Catholics and non-conformists, of women and of the black community, the Second World War, the fight after that for rights for minority groups, the fight now against unbridled terror.

However, one local commentator, Brian Feeney, is unimpressed although his historical justification is flawed. Straw also highlights a uniqueness of British history in the European context:

“…we are the only European nation – the only one – which has not within memory faced an existential crisis of dictatorship, occupation, defeat or the moral hazard of neutrality in a just war.”

The representation of “the civil war was an English civil war in which the Scots intervened” is simplistic and ignores the contribution of the Scottish Covenant and Charles reaction to the destablisation of the British Monarchy and the scope of the conflict. As for the claim that the “Magna Carta, again it was an exclusively English matter,” is myopic as well. For example, King John was granted the Lordship of Ireland by the Council of Oxford in 1177 and played a key role in expanding Norman rule in Ireland plus a revised Magna Carta was applied to Ireland in 1297 and the Dail didn’t get around to repealing it in the Republic until 2005 .