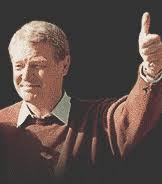 Lord Ashdown has been appointed as the head of the parades review by the NIO.The other members of the review panel are:
Sammy Douglas, founder member of the Belfast Interface Group,

Garvan O’Doherty, Derry businessman who helped broker discussions between the Bogside Residents Group (BRG) and the Apprentice Boys of Derry and