While Sinn Fein is on the cusp of endorsing the PSNI, reports are coming in that thousands of ex-prisoners and others are marching behind the Anti-PSNI banner at today’s Bloody Sunday March in Derry. 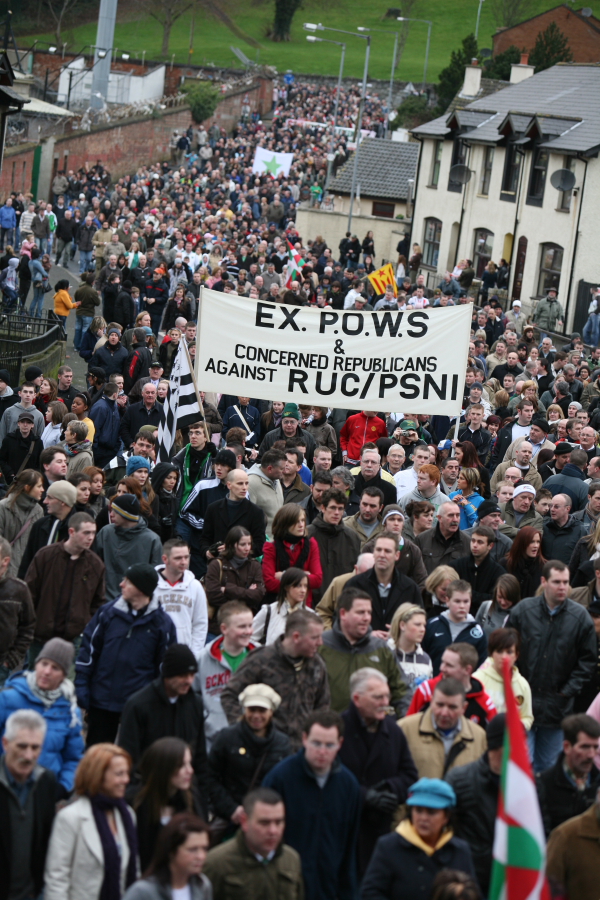 Independent accounts of the march from different people who were there are putting the total behind the Anti-PSNI banner at 3 to 4,000 people, by far the largest contingent of marchers today. There’s a good few in the above photo from Indymedia’s photo essay of the march.