At an Ard Fheis five years ago, Gerry Adams announced he was leaving the stage. The party was polling in the mid teens at that stage, now under Mary Lou McDonald the party is consistently above 30% in poll after poll.

Buoyed by their success in the recent Assembly Election and their popularity in the South, the party now looks forward with confidence. Sure footed with plans for growth in both jurisdictions. Often we look back through the gaze of success at leaders, just three years ago, the party was losing support across the island. Mary Lou was facing questions about the direction she taking the party and Michelle O’Neill faced an internal revolt from parts of the party membership.

As of November 2022, those days are behind McDonald and O’Neill. McDonald looks toward having a serious shot at becoming the first female Taoiseach that Ireland has ever had and in Northern Ireland, O’Neill is line to become the first nationalist First Minister.

Standing in the RDS in 2017, I wondered what the post Adams era would look like. Would they be able to function in the same way that they had done for the previous three decades?

Nearly four years into the new leadership team, the party is achieving success that they could only have dreamed of just a few short years ago.

One thing that is uncertain for them is lack of party alliances. Part of the narrative from Sinn Fein of 2022, reminds me a lot of Fianna Fail in 1992, who had not totally grasped or accepted the need to work with other parties. Sinn Fein will have to make compromises and drop policies in any future government and looking around, it isn’t clear who that partner is going to be.

In Northern Ireland, the party is clearly wanting to get devolution back. Claiming the First Minister’s office and the Department for Economy are clearly something they want to achieve.

The Ard Fheis definitely had enthusiasm and desire for success. Getting into government will be the easy bit for Sinn Fein to achieve some of the higher ambitions they set out. Attempts to get a border poll will be hard to achieve and housing is something that is plaguing western democracies around the world. Not to mention healthcare and the cost of living.

For now, ahead in the polls and doing well across the island the leadership can reflect on a good year. Their softer image and more nuanced approaches on some issues are yielding electoral fruit for the party.

From 2023 onwards the party faces a number of electoral challenges, with the local elections in Northern Ireland, then the general election in the UK the following year followed by the Irish General Election. This team will be put to the test within the next two years and it will be make of break. 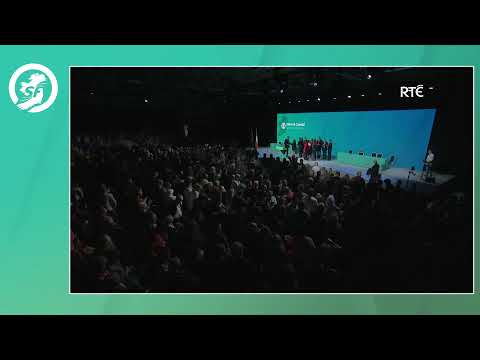