To say tempers have been rising lately is a bit of an understatement. It seems every weekend now, there is a murder. They seem to follow a pattern of people getting drunk or high and then fighting each other, and it all gets out of hand.

This week we had the case of former Derry football captain Fergal Doherty being charged with manslaughter. He threw someone out of his pub, the guy went to hit him and returned the punch, and the guy died. These one-punch killings are absolutely awful. As it is an ongoing legal case we should not speculate on it but suffice to say neither party expected an outcome like this on a night out.

Globally the War in Ukraine continues its grim pace. You can spend hours on Twitter or Reddit watching footage of Russian soldiers getting blown to pieces. A few times in the conflict, I went down the rabbit hole of watching this stuff. Like many, I was extremely angry at the Russian invasion, these videos provide a fix for desire for revenge. But when you step back from it all and realise most of the Russian soldiers are young men who have absolutely no desire to be there, it all just becomes grotesque and tragic. This video from Vice shows how the Russian Army is in a shocking state. 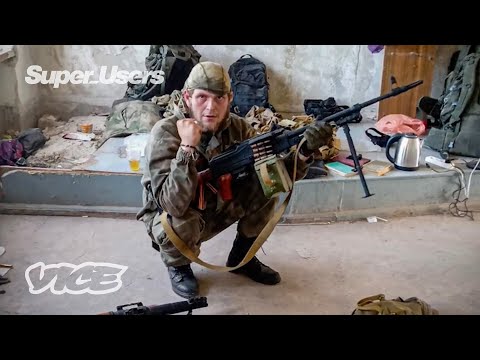 As I have said many times before social media is messing with our heads. We are stuck in a doom loop that is hard to get out off.

On Slugger, we have not been immune to the increasing anger. The comments have been more argumentative of late, and a lot of you are becoming increasingly short-tempered.

All this came to a head yesterday with one of you issuing threats to us when he got a timeout.

The mods have a thankless task at the best of times. They don’t get paid and get nothing but grief. All over the internet, sites are turning their comments off as they are nothing but hassle.

We are committed to keeping Slugger a place for open debate, but we will not tolerate abuse. This is not a democracy, you do not have the right to free speech. We think of Slugger as a pub, all are welcome, but if you start shouting your mouth off, you are going to get bucked out.

The mods have been instructed to be extremely aggressive over the next few weeks to restore calm. Try not to take it personally if your comment is deleted, it is likely just down to going off-topic.

If you do get a ban don’t even bother emailing us, we are not in the mood to listen to any excuses. If you don’t like it feck off to Twitter or 4chan.

The rules are simple – be nice and play the ball not the man/woman.