Mr Albanese told jubilant supporters that Australians had “voted for change”. However it is still unclear whether he can secure a majority.

The centre-left leader vowed to bring people together, invest in social services and “end the climate wars”.

They could wield greater influence if Labor fails to secure 76 lower house seats to govern in its own right. Late on Saturday it had 72 seats to the Coalition’s 55, the ABC projected. 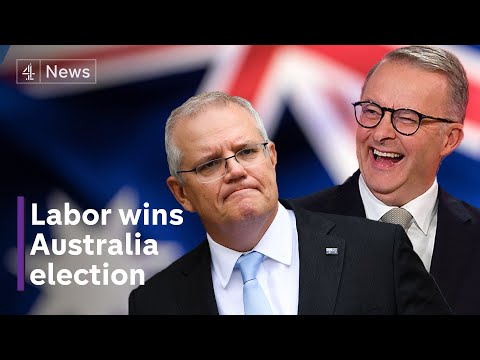