My 6-year-old son was sad last night. He was reading one of his Biff and Chip school books and in the story, the characters called to each other’s house to play. ‘Why does no one call to my house to play?’ he asked? It was a perfectly reasonable question, but very hard to explain in terms a 6-year-old could answer.

He is not Billy no mates, he has friends. But these days everything has to be pre-arranged: ‘playdates’ is the new buzzword. I have to drive him to the park or his friends’ houses. The casual play that many of us had as children is now dead. Free play has been replaced with organised paid activities. Modern parents know the joy of having to drive junior to gymnastics, swimming, football etc.

No longer do our streets ring with the sounds of children playing. They are now eerily silent, except for the noise of cars. In my area, there are hundreds of kids but you hardly ever see them. They are all locked away in their rooms, presumably online.

I define free play as unstructured play out of the control of adults. The kids get to run around, make up their own games and rules. If Paul hits Marty they sort it out themselves. Basically as parent-free as possible.

Free play is essential for children’s development. It helps with their communication and speech, they learn to cooperate with each other, they learn to regulate emotions, they learn to improve their motor skills and fine movements, they develop autonomy etc. 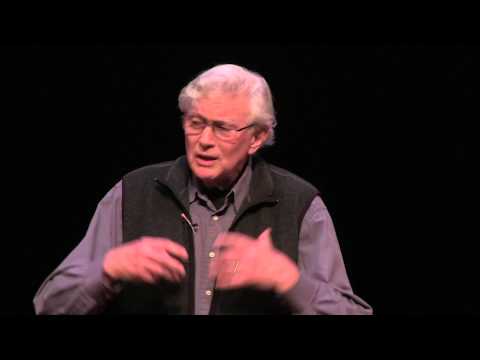 When I was a kid I would just play on the street with all the other kids in the area. You would call to someone’s house, ‘Is Kenny in?’. I grew up in inner-city Belfast during the Troubles, and I joke that when I was a kid I had real soldiers to play with. Now parents are too scared to let their kids out. The main issues seem to be:

Cars: practically every house has a car or two now, removing play space from children and also encouraging the fear that they will be knocked down.

Stranger danger: the world has never been safer, but thanks to decades of media stories about pedophiles around every corner, parents are terrified to let their kids out of their sight.

Instead, parents and kids have entered into a Faustian pact with each other and play has been replaced with screens. Kids get to spend all day in front of a screen watching Youtube, playing Fortnite etc. The parents are reassured that junior is safe in their room away from the big scary world. But at what cost?

Friends who teach at University now tell me around a quarter of their students  have mental problems. Rates of anxiety and depression are through the roof. Every other day there is a post on Northern Ireland Reddit from people who are lonely and can’t make friends or find partners.

The theory goes like this. For modern children, every minute of their day is structured. School, organised activities, play dates, screen time etc – they call it helicopter parenting and curling parenting: we smooth out the path of life for them lest they come across any adversity. Everything is controlled by adults or in the presence of adults. Most are driven to and from school. They are told what to regurgitate in exams, they are steered through coursework. Modern children have very little autonomy, everything is controlled for them. So when they hit University and are expected to sort out their own accommodation, make their own food, make new friends, do their own research etc a high proportion of them crack up.

We have taught our children learned helplessness. Now can I stress that this is not all kids. Modern young people are now very sensible. You might argue they are too sensible and need to chill a bit more. They drink less, have less sex etc than previous generations. The cynical could argue that these behaviours are a side effect of mental health issues.

I have spent a lot of time in playgrounds over the past 6 years and they are fascinating from a sociological perspective. A playground near where I live is in a working-class area and it is nearly always empty despite having 2 primary schools within a 1/4 mile of it. In contrast, playgrounds in middle-class areas are packed. I have no answer to why this is and would appreciate suggestions. The best I can come up with is that middle-class parents might put more focus on play.

Playgrounds are also where you see inequality up close. In the middle-class areas the kids are taller, thinner, have better teeth and are fitter. In the working-class playgrounds the kids tend to look less healthy. You could easily predict who will get Type 2 Diabetes by having a quick look around a playground.

The inequality element is important. The middle classes can afford to pay for activities, summer camps etc. Working-class kids do not have the same opportunities.

Research from Scotland shows that only around a third of Scottish primary school children played outside regularly; two-thirds did not have the habit at all. Also, the same research team discovered teenage boys spend seven to eight hours a day using phones, computers and TVs, almost all their leisure time. We are culturally very similar to Scotland so I imagine these figures are similar for Northern Ireland.

So what to do about the problem?

I think there are several things we can do. At a personal level, parents need to understand how crucial free play is. I know the modern world is stressful and it is really easy to let your kids have loads of screen time but we need to realise there is a cost to this.

There are positives to the internet. Things like Minecraft can be very creative, but I think we can agree too much screen time for any of us, adults included, is unhealthy.

At a societal level I think we need to have more free play in schools. My son finishes school at 2:15pm. Why could they not have free play after school for 45 mins? This would need extra funding but I think it would be money well spent.

I also think we should be utilising schools more at weekends and holidays as they have the facilities. I am not proposing extra work for the teachers. The free play could be supervised by classroom assistants, student teachers or youth workers.

Rather than just complaining about the issue last year I set up a Facebook Group called Free-Range Kids Belfast. The idea was to arrange free informal play meet-ups. To be honest, I did not give it much attention, so it is not very active yet, but if you are a parent and you agree with my views do join the group to give me an incentive to kick start it this year.

Mental Health is a complex area. There are other factors like the rise in Smartphones and social media. But I think not enough focus is being given to play. All the focus and money goes on treating mental health but very little goes on prevention. Improving access to play has the potential to be the cheapest and most direct way to improve children’s and future adults’ mental health.