There is a debate raging over here, across these United States of America, as we grapple with the uncomfortable history of nation-building, the Founding Fathers, historical (re)interpretation, and dealing with the convoluted past. Sound familiar?

In recent times, statues and memorials to Confederate-era figureheads across the (mostly southern) States have been taken down, and place names have been reassessed and renamed to address – or redress – America’s uncomfortable historical association with slaveholding, the civil war, and ongoing modern-day racial inequalities and tensions. It has finally, and inevitably, reached New York City, and rightly so. Whatever you do, don’t mention Columbus Circle!

Walk around this magnificent city and as you marvel at the art-deco municipal structures, the gorgeous jazz-era skyscrapers, and the bland modern-day glass 1,500-foot super-skinny mega towers swaying in the wind, and you might not pay any heed to the street and neighbourhood names beneath them, many of which hark back to the rich Dutch, English, and new American colonial families who established Gotham, warts and all. And the oft-overlooked fact that they mostly owned and bought and sold other human beings as slaves.

I will not list those innumerable family place names here; that’s why the gods invented the internet, dear reader, but as this historical legacy discussion unfolds on the western shores of the Atlantic Ocean, I cannot help myself but look back to the eastern shores of the pond and our seemingly endless deliberations on language, placenames, and symbols in Northern Ireland.

My personal feeling is to leave all the placenames and statues in place and intact. They represent history. Heaven forfend anyone ever tears down Old Queen Vic from outside City Hall or Carson from outside Stormont. If we do that, how will our grandkids in a new Ireland ever tug our sleeves and point up and ask, “Who is yer wan up there on thon pedestal?”. Didn’t they bury Victoria underground in Queen’s College – University College Cork after independence only to exhume her decades later? 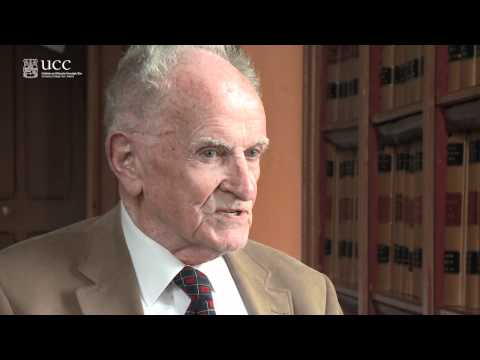 In full disclosure, I am a 50-something Belfast-born speaker of Irish who hasn’t lived there since the late 90s. I inherited the language from my parents and my wider family. We mostly lost it in my childhood through disuse and I reacquired it in my teens as I simultaneously learnt French and Spanish at school, and now I mostly use it on social media with friends back home or with the occasional speaker in Nua Eabhrac. As kids, we asked for tuilleadh bainne at the breakfast table, just because… There was no agenda. My mother (in her late 80s now) was a fluent speaker, and her father from Newry was a fluent speaker before her. On my father’s side (mainly Shankill folk, dála an scéil) I am led to believe it came down from my great-great-grandmother from Westmeath but they acquired old Antrim and Armagh Irish adages as kids during the not-quite-evacuations during the Blitz, which explains why I got odd looks saying cloigeann and not ceann for head on my forays to the Donegal Gaeltacht in my childhood.

Ironically, I grew up on Belfast streets whose names had zero foundation in Irish and it would be insane to try to translate them into Irish today, and yet there are Orange Halls scattered around “the province” whose name in English is a literal and phonetic version of the Irish. My now-deceased Irish speaking uncle – Belfast born & bred – used to regale me with an anecdote of a country Orangeman professing on UTV back in the day (pardon my poetic license with the place name, which I’ve chosen at random), “They’ll never put the Irish on Ballychrochan!”

My point is, from what I gather, everyone is getting their brístíní in a twist over a potential Irish Language Act because it is perceived, or misrepresented, depending on your point of view, as a partisan party political vehicle that could bring our stuttering democracy to yet another halt. Throughout my 50+ years, most of the genuine Irish speakers I knew in Belfast and beyond had no political agenda whatsoever. They kept their politics to themselves. It was the same in the Belfast 1980s gay community that I knew: you were either catholic, protestant or gay. Just swap gay for Gael! So, here’s a thought, why not drop the “ILA”, and introduce a Northern Ireland Languages Act (NILA) to include “Irish plus others”, and keep everyone happy on all sides because, after all… what’s in a name?