In recent years, screenwriters have discovered a simple means of time-travel. From Don Draper in Mad Men to Frank Sheeran’s flashbacks in The Irishman, there is one prop, one visual cue sure to transport viewers to the bygone era of the middle third of the 20th century: the cigarette, lit and pluming in a bar, an office or a living room. In the west, smoking indoors has been so thoroughly stigmatised in the meantime, those trails of passive smoke render a scene foreign and unfamiliar.

The truth of the trope is borne out by the footage of the era. In almost any video you’ll find of Dean Martin, and indeed many still photos, he’s holding a cigarette for almost the entire duration of the performance. He seldom actually takes a drag, suggesting that even then it was a prop,

doing a lot more than satisfying the singer’s craving. It signalled bigtime, show business, sophistication and the very Cool of which Dino was King. He was far from an outlier. There’s a compilation of Michael Parkinson’s best interviews with comedy icon Peter Cook, recorded over several decades, the majority of which show Cook with lit cigarette in hand.

Both of these elite performers are often described as having ‘effortless’ talent, their already supreme performance elevated by the idea that this what flowed naturally from them. To smoke while performing rounds off this image of flow state and excellence while in a state of relaxation.

Now we watch with decades of efforts to de-normalise smoking colouring our view. It’s barely imaginable that a guest on Graham Norton or James Cordon or Ryan Tubridy would light up mid-interview. As someone who agrees with Michael Palin’s assessment that the world became less funny the day Peter Cook passed away in 1995, aged just 57, I fight the temptation to yell at the screen “stub it out, it’s going to kill you – and with it a thousand jokes we’ll never hear”. But the past, as LP Hartley observed – in what would be a meme in the 21st century rather than the opener of a novel in the 20th – “is a foreign country: they do things differently there.” Good opener in fairness. One thing to which every generation is doomed is the scathing judgement of the next and the amused perplexion of the one after that. Even the greatest generation had, by the 1960’s, been satirised by Cook and his colleagues in Beyond the Fringe. The Aftermyth of War sketch sends up the much-vaunted courage of the ‘humble little people’ as amounting to little to more than switching round road signs, replacing tea with hot water and “planting Deadly Nightshade for The Bosh”. 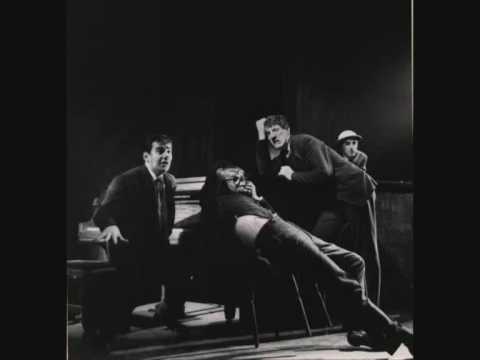 Why does this happen? Why do we turn on our forbearers? Perhaps here the answer is in the question. Asking ‘why’ is a big feature of our cultural discourse, a key component of critical thinking. But so often, the answer to why things are the way they are, or were the way they were, is the infuriatingly circular ‘because they just are’, or ‘that’s just how it was’. With the past, we become susceptible to collectively forgetting the order of events, and to accepting prevailing narratives. In the case of smoking, we tend to accept that smoking was more common back then because nobody knew how harmful it could be until… some point after it was more common. In fact, by the mid-1940’s, long before Sinatra inhaled Dean Martin’s stray smoke over eggnog or Cook blew his in Parkinson’s chair, tobacco had been identified as responsible for “a global lung cancer epidemic”[1], knowledge which had been codified into a US Surgeon General’s report in 1964. So to cast late-60s smokers as innocent and ignorant victims of a scientific blind spot, or even solely of the disinformation campaigns of tobacco producers, is to underplay the importance of an important human bias: we more readily ignore or resist information which challenges what we take to be normal or moral. But as those viewpoints drift over time, a gulf opens and from the far side the past becomes difficult to understand.

As with most things, these processes find expression in the workplace. Think of a new person starting work with an organisation and having to ask those awkward newbie questions of the person beside them. Maybe you’ve been that person asking the questions. It can be awkward, but in my experience, it’s the person who has to field those questions, whether or not they have a formal role as trainer or mentor, who is in the really challenging position. Why? Because there’s a reason you’ll be asked, even if not in so many words, why something is done the way it’s done. Even if the person isn’t particularly curious or critical, even the act of explaining out loud what has become routine, familiar, normal, brings to a conscious level what had become just the way it is.

I may be an outlier in that my first manager loved the input of a newcomer, encouraged those why questions and would return the question and ask what alternative ways of working the newcomer would suggest based on their experience. That was fun and empowering as a newcomer, and deeply challenging later on as other newcomers appeared. Ever before they were buzzwords du jour, this was my first experience of disruption and its use to create a growth mindset. In the intervening years, organisational literature has exploded with stories about leaning in, asking why five times and reflective practice. All of these contribute to an accelerated evolution of what work itself means, which again start to map themselves onto a generational map of the world, and even to intergenerational divides within some of those companies aiming at progressive growth.

It is a challenge to our imagination to detect the things about our generation’s normalcy which will look bizarre to the next. That said, there are some obvious contenders. If and when sea levels begin to rise and drown former dwellings, the temptation to juxtapose footage of their former inhabitants sitting in miles-long queues of traffic, their petrol combustion engines and air conditioning running all the while, surely will be too tempting to the documentarians of the day. One of my personal fears is that all of our screentime might prove deleterious to our cognitive health and the generation is asked to look after us might see footage of 80,000 phones simultaneously recording the same concert from infinitesimally different angles and wonder had we ever much sense to begin with. Another is that our children will ask us why we allowed those same devices to supplant decades of hard-won workers’ rights in the interest of customer convenience, by welcoming platform work and a new gig economy of casualisation and job insecurity and made that into a norm.

But our guesses could be way off too. In Eats Shoots and Leaves: A Zero-Tolerance Approach to Punctuation, Lynne Truss traces the decline of public linguistic proficiency to a period in educational thought around the 1970’s where self-expression was viewed as a more important goal than teaching people to follow rules, in anticipation of the challenges that lay ahead for the next generation. As Truss observes, what wasn’t foreseen was “the explosion in universal written communication caused by the personal computer, the internet and the key-pad of the mobile phone.”

The bigger lesson seems to be that the status quo may be a good bet in the short to medium term but is always a loser in the long run. Saying that we have to keep on keeping on because we always have is practically composing the punch line of the joke our world will someday seem like. Our generation’s lot is the same as every other’s: we will be laughed at and cursed in our absence for the quaintness of what we dare to consider modern. Attempts to figure out the specifics of what we’ve got wrong is worthwhile, but probably unlikely to be spot on. I was thinking about how we’ve had to grapple this year with the concept of exponential growth: two sick people one day infecting two more each the next and each of those another two until you’re revising your indices and logarithms… how did I get to 64 sick people in five days? Something about the shape of those scary curves, steepening towards a cliff edge and then shooting off towards infinity, suggests to me having an easterly seat on a train which takes a westerly bend in the track: not only can I not see the engine out my window, I can’t even see the next carriage along. The future which can’t be seen, because our imagination, like our vision, only lets us see in straight lines. Perhaps the next generation always has the westerly window and can look back down the track with certainty.

“Dino Babe” by daveparker is licensed under CC BY

John Moriarty is a writer and researcher based in Belfast, with particular interests in mental health, identity and the future of work. He holds a PhD in Sociology from Queen’s University. You can follow him on Twitter.