My eyes had already welled up with tears after the first three pages of Rob Bell’s latest book, Everything is Spiritual: Who we are and What we’re doing Here. Those early pages took me to his grandmother’s front porch on a windswept farm in central Michigan, introducing me to the grief and love that shaped him and set his life on its course.

My emotional response testifies to Bell’s skill as a storyteller, which makes Everything is Spiritual a quick, even compulsive, read. At just over 300 pages it is not a short book. It is written in a flowing style more reminiscent of free verse poetry than conventional prose: there are no chapters, no subheadings, and no index. Sections (if they can be considered such) are demarcated by occasional lines of asterisks.

I found this style surprisingly captivating. It drew me inexorably in as he pondered his own creative efforts, his failures, his relationships, and through it all, his experience of life as an exploration of the spirit – or the love – that holds everything together.

Everything is Spiritual is Bell’s eleventh book and, though it is not explicitly billed as such, it is really a memoir exploring his journey from evangelical childhood to megachurch pastor to something of a spiritual guide to the growing ranks of Americans who have become disillusioned with American Christianity, particularly evangelicalism. It is also part hymn for humanity in its almost relentless hopefulness, despite a searing awareness of human tragedy.

Bell’s evangelical youth was one of disciplined hard work and tough family fortitude: after the deaths of his father and brother, Bell’s father was told (by his own mother) that he was not allowed to cry, because he should be happy they were in heaven. Bell attended university at Wheaton College, the so-called ‘evangelical Harvard’, and Fuller Theological Seminary.

Shortly after he became the protégé of Belfast-born pastor Ed Dobson, who had started an evangelical church in Grand Rapids, Michigan. Dobson, a former executive for the conservative group the Morality Majority, is presented as a humane and supportive figure in Everything is Spiritual, recognising Bell’s gifts and encouraging him to start his own congregation, Mars Hill Bible Church in Grandville, Michigan.

Bell is a lightning rod figure in Christian circles in the United States, dividing opinion and arousing controversy. Though less well-known in Northern Ireland, Bell’s work has been much discussed within our own evangelical subculture, with similarly polarising effect.

He was branded a heretic after his 2011 book Love Wins, in which he questions the existence of a literal hell of eternal, fiery punishment. A sympathetic 2018 documentary about Bell is simply titled The Heretic. 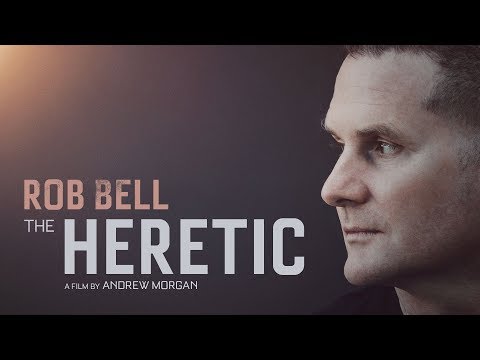 But for me, Bell’s critique of the intertwining of American Christianity with American capitalism and military might is much more interesting. In Everything is Spiritual Bell returns to this theme, inviting us to reflect on how much of the bible was written from the perspective of people who were oppressed by the military superpowers of their day. He reminds us of Jesus’ passion for the poor. Alluding to Psalm 20:7, he writes:

In the Bible, there are those who

We’re the ones with the chariots.

No wonder so many Americans misread the Bible. If you’re a citizen of the most dominant global military power the world has ever seen, what do you do with a book that is relentlessly critical of dominant military superpowers?

In some ways, those who condemn Bell for his views on hell can use this as a reason to dismiss him outright, thereby avoiding awkward questions about the empires of the West and their role in contributing to the suffering of the world’s poor.

The furore over hell was seminal in Bell’s life and is the subject of some soul-searching in Everything is Spiritual: he left his Mars Hill church shortly after and moved to Los Angeles, where he has since focused on writing and public speaking. In this he has been spectacularly successful in the American mainstream, winning the praise of Oprah and Eat, Pray, Love author Elizabeth Gilbert.

But Bell also describes what can only be characterised as a stress-fueled breakdown. At a crucial juncture he traveled to Dublin to visit an Irish priest, referred to only as Fr Jack, for spiritual guidance. Fr Jack assured him that he has a gift to give, and counselled him to stop worrying about what others think. Bell describes this as a moment of epiphany and release:

And surrender the rest.

… If the only answer ever to anything is

You really need to do more and try harder

Your heart will eventually wear out. Along with your body.

The Covid-19 pandemic has contributed to a renewed interest in spirituality on this island and in other parts of the world. Everything is Spiritual was written before Covid-19, but it engages with big questions that have loomed even larger during the pandemic. Bell plays with those questions through the lens of his personal spiritual journey, rooted in the  Christian tradition. This book won’t please those looking for systematic theology, or even just for a straightforward memoir. In the end, Everything is Spiritual is, more than anything else, a hymn to all that is good in the world and an invitation to discover it, despite the pain and loss that is part of being human.