I’m grateful to Brian Feeney in the Irish News for drawing my attention to a bravura performance in the Feile by my old friend David McWilliams. In my defence it happened on my birthday and so I was enjoying the fresh air on the edge of Brecon Beacons National Park.

Those successes are well worth celebrating, as Feeney copies them out…

In 1920 the north was twice as rich as the south. Now the north is twice as poor. Check it out. McWilliams pours out the figures, the painful facts.

The southern economy is about €300 billion; the north’s is about €50 billion. The north paid for itself until the 1940s, then after the war industrialism and manufacturing slowly collapsed.

That success can also be seen in electrification, the modernisation of the roads, the delivery of mains water, the development of a modern hospital system (an ongoing process, so not something that should be read as some kind of permanently poor relation).

There’s also some very enabling images in there, not least McWilliams advice to stop thinking about these matters in terms of one just one lifetime, but in familial progressions of centuries rather than decades. In terms of transformation these are more meaningful time frames. 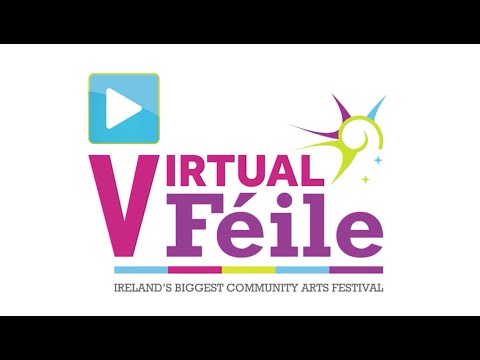 It’s something that resonates strongly with me personally. Both my parents came from other parts of rural Ireland (south Down and northern Donegal) very different (and much poorer) places than the east Ulster seaside town (Holywood) in which I grew up.

My grandad was in the very first wave of free universal education in 1870s Donegal. His father, my great grandad, was born in 1826 as near as I can figure and when the famine hit he was already a grown man. I know little of these folks as people, but…

The changes from that poor tenant farmer existence in a long gone post-Napoleonic, pre Victorian era out on the outer edge of Irish speaking Ulster to partition, to the postmodern, excessive wealth of early 21C Ireland is almost too vast to contemplate.

The future comes in ways that are profoundly hard to predict. McWilliams lauds (and Brian amplifies) the story of the republic’s economic successes, which were in fact grounded in understanding the failures of isolationism (a logical progression from Sinn Fein-ism) in the 30s.

The road to unity, as McWilliams points out, is not going to be via a short cut. In fact much of the last  100 years has been as much of a cul de sac as the Free State’s trade war with the old enemy had been for the south, the difference is that we in NI did not learn as quickly.

In a measured response to Feeney, Pete Shirlow notes that when you cherry pick financial details, you need to do so with some care…

Both economies have structural weaknesses. They have abandoned the urban and rural poor. I know countless young professional people living in Dublin who earn staggering sums who cannot afford to buy a home or whose disposable incomes are limited.

Their equivalent in Belfast are on the property ladder, are not delaying having children and have cash in their pockets. Furthermore, fair employment rightly aided the creation of a burgeoning Catholic middle class, especially though public sector employment.

This goes directly to a point hammered (albeit gently) home by McWilliams in that Feile dialogue with Martina Devlin..

They have to feel wanted. You never fall in love with somebody who slags you off. Think about it we need the people of the northeast of ireland to fall in love with [the rest of]  ireland. That’s the key. You can’t coerce a marriage. It can’t be an arranged marriage.

These are the people that we have to talk to there’s no point talking to ourselves. That conversation’s over and it’s really a conversation that’s easy. As somebody who’s married into the other tribe, what we need is we need to get to know each other.

We need to know them we need to listen to them.

This listening is more important now than it has ever been. Technology has transformed the development and transmission of knowledge by (artificially, you might say) extending our social memories to a degree and on a scale we’ve simply never experienced before.

Little of my grandad’s intensely local culture survived the rollout of a national school system. It’s rarely a cause for anguish today since now we appreciate the affordances it gave to subsequent generations. It wasn’t an act of liberation, but served as such for those who came after.

What choose to do now matters as much as what choose not to do. Whatever the arguments over the current state of Northern Ireland, the kids facing mounting youth unemployment (anything up to 35% in the south) need our help today, not some dreamy, far off tomorrow.

If you would like to get involved in #TheReset, either as an individual or as part of an organisation, please do get in touch by emailing us at [email protected] with an idea for inclusion in a range of articles or events over September and October.