Ian Marshall is a beef farmer, a former dairy farmer, and was president of the Ulster Farmers Union from 2014 to 2016. But more significantly he was until earlier this year a senator in Ireland’s Oireachtas – a unionist in Ireland’s second legislative chamber. A quite remarkable situation. Many observers were disappointed – as was Ian – that he was not elected back into the Seanad’s agricultural panel, nor appointed on the lists of new Taoiseach Micheál Martin or the other coalition party leaders Leo Varadkar and Eamon Ryan. Ian was speaking in the latest Forward Together podcast from the Holywell Trust.

He reflects on his initial election. “The opportunity was something I hadn’t anticipated or prepared for. It was a fascinating two years. I work in Queen’s, so I have an office in Belfast that’s 104 miles from the office I had at Leinster House. The reality is that it’s light years in understanding. It’s light years because the people in Belfast have very little knowledge of Dublin, of the South, of what goes on. There’s an equal lack of knowledge in Dublin as regards Belfast, about Northern Ireland and the culture, which seems bizarre because we’re a small island and we’re neighbours.”

Despite this, Ian felt much more welcomed in the Seanad than he expected. “I was nervous. I was always told that Dublin was a cold house for unionism. But it was a warm reception. It was very welcoming. And I was told that you’re a Northern unionist, be very proud of your identity, you’re not here to be any more than that. So from the first day, inside Leinster House, it was very warm, welcoming.”

Some unionists were reportedly unhappy that someone from their background and affiliation went to Dublin to sit in the Oireachtas. “The reality was that there was some noise from some individuals, but not very much,” recalls Ian. “The vast majority of political leaders were very supportive. Privately, they were very supportive of me. They thought that we needed dialogue with Dublin… the private conversations were very positive, upbeat and supportive.”

Ian reflects that much needs to be done to connect the two jurisdictions. “I learned that there is still a lot of work to do, still a lot of bridge building to do…. We’re 22 years on from the signing of the Belfast Agreement and we’re in a truly global marketplace now. There are huge benefits working together across an island, which should present no threat to anyone’s constitution. I see huge opportunity. I see a generation of people coming on who have never experienced the Troubles, who haven’t experienced the sectarianism, the bigotry, the hatred that many of us grew up in, which is a breath of fresh air. And I believe that’s the future. The younger people who are coming on who don’t carry this baggage and certainly don’t have the prejudices that many of the older generation may have.”

One of the false perceptions Ian met in Dublin was that unionists are unable to enjoy themselves. “When I first went to Dublin and I spoke to a number of people who said, oh, you’re a northern unionist. We assume a number of things about you. You’re very conservative. And you wouldn’t take a drink, you wouldn’t have fun. I said, no, we’re actually a very open minded bunch. We’re not at all conservative, we are forward looking. So I think there’s a lot of misconceptions of Northern unionists.

“The misconception that I pick up in Northern Ireland about the South is that there’s this appetite by everyone to have Irish unity. Certainly there are many, many people who want to strive for Irish unity, which they are perfectly entitled to do, but equally there are many, many people south of the border who say, you know what, not at the moment.

“I think the best analogy was someone in Leinster House who said to me that the Irish unity question was a bit like heaven. That sounds like a really good idea, but we’re not ready for it now…. For most people it is about uniting people across the island.”

He argues: “The way you unite people is to bring people together. So that’s by virtue of organisations, sport, for example rugby. Rugby has presented a platform where irrespective of whether you’re from a nationalist background, a unionist background, a loyalist background, or a republican background, everyone follows the Irish rugby team. It presents no threat to anyone’s culture, identity and the model would be something that unites people as well as rugby does. We can replicate that through other parts of society. So I think this is about uniting people, uniting young people, getting schools to work together.

“Businesses already work together. There’s a huge all-Ireland economy, which can be so much greater. And I think that we need to do that in conjunction with an acknowledgement that North-South relations are hugely important, but equally so are the East-West relations, because those are important as we go forward, looking at how we build two islands working together.”

Perhaps a more surprising observation from Ian is that his experience of the Seanad has made him a strong supporter of second chambers – despite the proposal to scrap the Seanad only seven years ago. “What I’ve learned in the last two years is the importance of an upper house,” he says. “The interesting thing is that we have a Senate chamber in Belfast, in Parliament Buildings. We used to have senators. I think there’s huge value in reinstating an upper house… [as] a scrutinising body. It’s a governance structure. It will cross reference, check legislation. It will perform a task of scrutinising the legislation that comes before it… [We could] use an upper house [in Stormont] as a mechanism to drive good governance, good government.”

Ian is committed to improving engagement across the political divide, within Northern Ireland and cross-border. “There needs to be a constitutional conversation,” he says. “The difficulty is effectively the conversation has been presented in such a way as this is a conversation about Irish unity. And the analogy I draw is that it’s like going to turkeys to have a discussion about Christmas dinner and what stuffing they would like – why on earth would a turkey ever get involved in that conversation?

“So for me, the unity conversation needs to be open, transparent, and let’s keep open minds, because we need to flush out what the Irish unity situation would look like, what the maintenance of the UK union would look like, how the island would function. How would it affect education, healthcare, society, how would businesses function, would we ultimately be richer or poorer? In the absence of that conversation, it’s a very dangerous conversation to have…

“You need to present all the information to people, so that people know what it would look like, so that people can judge whether they will be richer or poorer, better or worse off. And then, and only then at that point, it’s perfectly reasonable to ask those people to take a vote on that.”

This latest podcast in the second Forward Together series is available here on the website of peace and reconciliation charity Holywell Trust. It is funded by the Community Relations Council’s Media Grant Scheme. 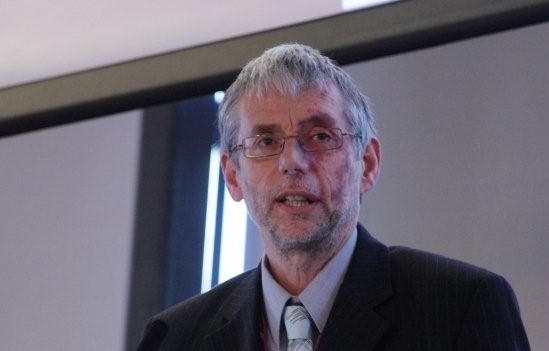 Paul Gosling is author of ‘A New Ireland’, ‘The Fall of the Ethical Bank’ and other books. He is part-time policy advisor to Sinead McLaughlin MLA, the SDLP’s economy spokesperson.