“My favourite poem is the one that starts ‘Thirty days hath September’ because it actually tells you something.” (Groucho Marx 1895 -1977)

I know I’m treading on precarious territory here with that one word – poetry. There. Many of you will have zoned out already but I hope you’ll stay with me for a little longer as I try to untangle my thoughts on a subject that seems to divide so many folks, in so many different ways. But before I get annihilated for attempting to give an overview myself, let me say that this is a personal take on things and by no means a reflection on the opinion of others. We live in a democracy (don’t we?) where one and all are entitled to their individual views and this is only mine. Really, my hope is that I can persuade some of you to connect in some way with a poem (or even a single line of a poem) and that it will make you feel something and therefore carry on discovering.

‘What will you do with your one precious, wild life?’ (Mary Oliver)

It’s probably best to start with a confession. One of my ‘A’ level subjects in 1973 was English Literature. I got a grade ‘E’ (that’s a mere smidgen above an ‘F’ by the way), which was no great surprise as I’d made up most of the answers on the exam papers. Despite the best efforts of my long-suffering teacher, Mrs Lewis, to enlighten me on the notability of TS Eliot, Chaucer, Alexander Pope, Shakespeare etc, I still managed to disclose an unmitigated lack of knowledge, and indeed, basic interest. So what I’m saying is – I’m no great expert in poetry myself and it’s only with hindsight that I see the value of those same school books still surviving on a shelf at home. I open them now to wonder at the copious notes scrawled between the lines and absolutely understand why, as a teenager, the words and meanings were totally above my head. Surely, even the more academic of my fellow pupils (and there were many), would have struggled with the intricacies and nuances of language involved, or perhaps I’m only fooling myself here.

Almost half a century later, I’m surprised to learn that it’s not too late to introduce poetry into my life but of course, that comes with a caveat – more about that in a minute. I’ve often wondered why it is that so many people are put off by the mere mention of the word poetry. Or to be perfectly honest, why I have been put off by the mention of poetry in the past. For me anyway, I think it was due to embarrassment. I thought myself not clever enough to understand a poem’s significance, not empathetic enough to share the sentiments of the poet, not astute enough to access the hidden meanings of metaphor and imagery often incorporated within the poems. And there’s the rub – you don’t necessarily need any of it. You just have to feel something.

my last words to you

linger on my breath’ (Marion Clarke)

So, the caveat. I have allowed myself the freedom of admitting that I often find poetry incomprehensible, highfalutin’ and yes, quite often, boring. Yet. Yet. How wonderful it can be to discover a connection with someone else’s words and thoughts. ‘Oh, the beauty of that,’ I think, ‘and how I wish I had written it!’ It’s like uncovering hidden treasure where once there was only an empty purse and there’s something very comforting in knowing that another human being has experienced similar emotions to yourself. For when it comes down to it, why does anyone write a poem? To commemorate a historic event. To share feelings of despair or hope. To unleash the joy of a birth, the sadness of a death. To remind us of the horrors of war.

‘The ground is whipped in welts

There is an endless list, presently eclipsed by the world’s newest challenge, coronavirus, which has instigated an unprecedented outpouring of emotions in the form of video poems online and elsewhere. Even if you’re not a fan of poems that don’t always rhyme, it’s worth experiencing the sheer unadulterated passion of spoken word poetry. I first experienced it at The Crescent Arts Centre during the Friday open mic nights (thank you Colin and Geraldine Dardis). There was I, reading self-consciously from a crumpled A4 sheet of paper (big print), while many of the younger poets brandished smart phones and confidently challenged society’s injustices in an uninhibited way that I could never have done at their age. Something rather wonderful occurs when the young express their impassioned views using the vernacular. It’s not for everyone (plenty of times not for me either) but important and fundamental messages emerge from modern poems as much as from their earlier counterparts.

‘What we speak becomes the house we live in’ (Translation /Hafez)

When I eventually decided, a few years ago, that I would have a stab at writing poetry myself, I knew there was only one way it would work for me. It’s no big secret – I simply write about things I care about. Consequently, many of the ensuing poems have been about dementia and growing old, or my childhood and the blessings of having kind parents. I have only once had a poem arrive in my head fully formed but more often than not, a single poem can take many weeks to write and if one person connects with it, then it’s worth the emotional toll it often takes. Equally, it’s okay to feel totally disconnected with the words, for why should you have to ‘get’ what the poet is trying to say just because others want you to? If you love poems that rhyme, have simple language and don’t try to be too clever, then go ahead and enjoy them, I say. As Groucho Marx so succinctly pointed out, a lot of people prefer a poem that clearly says what it means.

‘I think that I shall never see

A poem lovely as a tree’ (Joyce Kilmer)

If you have read this far then perhaps I have tempted you, even a little bit, to re-visit poetry with a more open mind. ‘The Nation’s Favourite Poems’ isn’t a bad place to start or better still, google ‘Poets from Northern Ireland’ and treat yourself to a wonderland of gifted talents, new and old, from this small yet mighty literary province of ours. But I will end with another confession and the one and only quote I actually did remember to include on my exam papers all those years ago. It was gobbledygook to me at the time of course, but now it makes so much more sense. It only took me the guts of fifty years to get there.

‘Only connect the prose and the passion, and both will be exalted and human love will be seen at its height.’ (E.M. Forster/Howards End)

Editors note: a good place to start for getting into Poetry is Pádraig Ó Tuama Poetry Unbound site. Brian 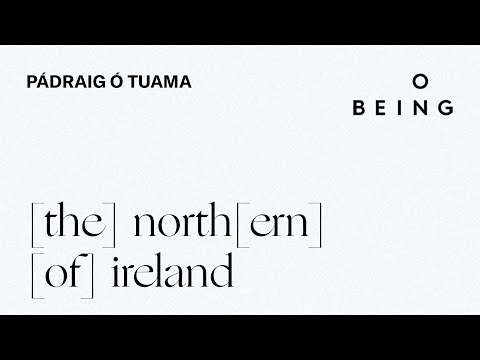 Lynda Tavakoli lives near Hillsborough and was born in Portadown. She divides her time between Ireland and the Middle East where her Persian husband works. Her poetry and prose are widely published.