We haven’t had one of these for a while, but Professor Jordan Peterson articulates (I think) one of the reasons Slugger remains a live and lively community of unlike-minded folk who aren’t afraid to disagree with one another over almost everything.

This piece, recorded at the Oxford Union a couple of years ago, is worth watching the whole way through, but this section (where I hope the video link will start below, is the key passage that relates to the role which dispute plays in any democracy.

One key phrase is how he describes “respect for the manifestation of the logos” as the core value of free speech. In this important regard, Slugger’s famous play the ball and not the man is merely an aid to the promulgation of such respect.

As my good friend and colleague John Kellden likes to say, “in a network, the best place to store knowledge is in other people”.  Preferably folk who don’t see the world in the same ways that you do…

It’s actually very difficult to orient yourself in life if you happen to be very high in openness very low in conscientiousness and very high in neuroticism because you question everything and you’re not stable.

You might be wildly creative like that’s a pretty good recipe for wild creativity but that doesn’t mean that it’s tenable or sustainable because most creative ideas are not only wrong they’re actually deadly.

But some of them aren’t. Some of them are absolutely vitally important right and so part of the reason we have political discussion or discussion at all is to separate the wheat from the chaff.

So the endless proclivity of the questioning tendency of the liberal left is that every axiom is open for infinite questioning well that leaves you bereft.

But the problem on the right is if you tighten things up too much well then you have no adaptive flexibility left and you are in a sterile tyranny of stone and then the environment shifts around you and you’re not prepared and then everyone’s done.

So the reason that free speech is so important, well I don’t think about it as “free speech” but as respect for the manifestation of the logos – that’s the proper way of conceptualizing it – is that it keeps the balance between those two tendencies right.

And the answer is by keeping up. Right where we are. But we do that by thinking and we think by talking and we think and talk by disagreeing and we’re better disagree conceptually because then we don’t have to act out stupid ideas that will kill us.

And you’re going to do it badly, you’re going to stumble around when you’re formulating your thoughts and that’s horrible, it makes people anxious, it alienates them but it’s better than pain and death. And that’s the alternative.

This is why eclectic mixers like Slugger matter. As Fast Company noted “people are much more likely to share something that accords with something they already think. They also prefer stories that come from someone within their peer group”. 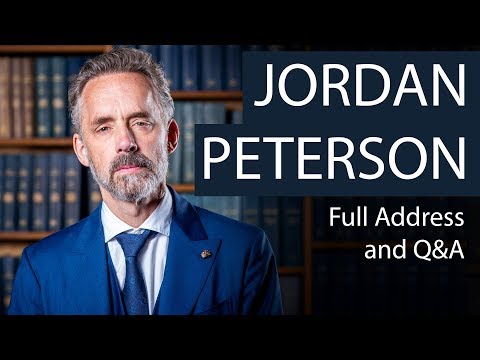