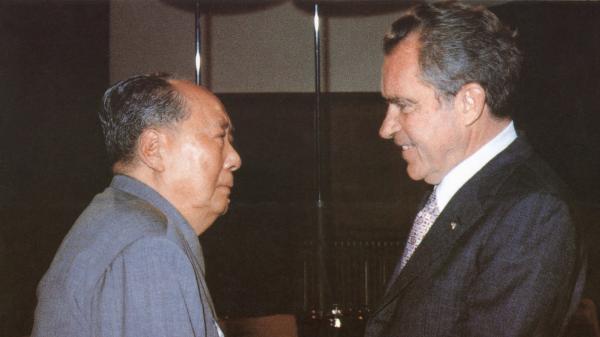 Talking of the wisdom of US presidents… rivalling Trump’s lunatic assumption that our border problem is like his Mexican wall, the conservative right persists in believing that the future of the UK lies in a free trade agreement under WTO rules reached by the end of October.

Steve Baker, the deputy chair of the ERG  has produced a plan called A Clean Managed Brexit which relies on negotiating a free trade agreement  “but with practical contingency arrangements which  have already been agreed”.  He has no new suggestions for the backstop but breezily asserts that  “the Alternative Arrangements protocol can be used to ensure a seamless border between Northern Ireland and the Republic of Ireland.”

Peter Foster of the Daily Telegraph gathers the judge’s verdicts for the usual thumbs down on this “ defiant” paper.

It is also confrontational, warning that if the EU “unreasonably refuses” to recognise the equivalence of UK regulations that are identical to the EU’s, that a suit should be filed at the World Trade Organisation (WTO) for illegally creating barriers to trade.

Somewhat contradictorily, it also asserts at the same time that a new Prime Minister should seek to open FTA negotiations with the EU “as soon as possible” – and “well before the UK departs the EU on 31 October”.

Trade experts immediately questioned how realistic Mr Baker’s proposals were, given that a WTO lawsuit would take many years to complete and the EU has been absolutely clear that a Withdrawal Agreement is an essential precursor to any trade talks.

The paper also suggests that in the event of a ‘no deal’ the UK should rely on the EU’s own ‘no deal’ contingency plans – which experts warn are limited in nature and unilaterally targeted to protect EU interests.

So-called bilateral ‘mini deals’ between the UK and other EU states have been explicitly ruled out to put pressure on the UK to meet its agreed financial and other obligations.

“There is little new here,” said Sam Lowe, trade expert at the Centre for European Reform think-tank. “Mr Baker wants a transition period and a basic free trade agreement without a Withdrawal Agreement and a backstop for Northern Ireland – something that the EU insists is not on the table.”

David Henig, the UK director of the European Centre for International Political Economy, was equally scathing, describing the paper as “unconvincing” and “unrealistic”

Northern Ireland businesses and academics have dismissed the paper as “more of the same” in relation to its plans to guarantee an invisible border between the region and the Republic of Ireland post Brexit. Aodhán Connolly, head of the Northern Ireland Retail Consortium, said: “If it was homework I would give it an F minus.”

He said their report showed no proper solutions for the border and failed to provide any detail on key issues including health checks on animals which are mandatory and must be done on the border under EU laws.

The EU has already indicated that milk from Northern Ireland could not cross over to the republic in a post-Brexit scenario unless there was a clear deal keeping regulations the same north and south of the border, something the DUP is implacably opposed to.

On the wider front of the Conservative leadership struggle, Speccie columnist Kay Balls  gives a good account of the supposedly private  leadership hustings  she chaired last night. On Boris Johnson’s pitch – which he snubbed Trump to attend..

… on no deal he refused to soften his position to endear himself to the crowd. Johnson said the restoration of the Assembly in Northern Ireland would be a priority for him. He was clear with MPs that he saw the UK leaving the EU at the end of October as absolutely vital to the party’s future – even if that meant leaving without a deal. He said the Tories face ‘potential extinction’ if they don’t get Brexit done.

Asked why he should be Prime Minister, Johnson said that he was the man to beat Jeremy Corbyn’s Labour as well as the Brexit party – by putting ‘Nigel Farage back in his box’.

When pressed on his plans for no deal, Johnson effectively ruled out proroguing Parliament in order to deliver a no deal Brexit but said he believed it was possible to deliver without a general election. He said the general election needed to take place after Brexit. He also passionately opposed the idea of a second referendum – saying that he did not know why media reports were suggesting it’s something he would ever consider.

Times columnist and Tory peer Danny Finkelstein doesn’t buy what is – or was –  my private theory about Boris Johnson the front runner. “Beware the Nixon goes to China argument,” warns Danny, meaning Boris would be perfectly capable of promising a hard Brexit No Deal to his party electors and settling for a deal in office, just as the hard line anti communist Nixon began a thaw with Mao and  co to normalise relations with China and  launch the huge opening out  to the world, the results of which we see today. Danny writes:

…if Mr Johnson or Mr Raab were to seek accommodation with the EU, they know that Mark Francois would be ready with the same sort of Nazi analogy that (pundit William) Buckley used. “Franklin Roosevelt had never offered to visit Nazi Germany, wrote Buckley, and compared Nixon’s meetings with China’s elite to a Nuremberg prosecutor coming down from the stand to embrace Goebbels”.  They will act accordingly. In politics Ronald Reagan’s famous metaphor — “dance with the one that brung ya”— is a better predictor of behaviour than Nixon goes to China.

And one more thing. There may be a faint hope that one of the candidates has a brilliant but secret plan; one that, without shedding valuable support, will lead us all to shake our heads in wonder. How could we not have thought of that before, we will marvel. Surely someone with energy and wit will be able to dazzle us?

They won’t. No one has a secret plan. I call this the Gordon Brown rule. He had been chancellor for a decade in 2007 and everyone seemed to think that when he became prime minister he would suddenly have a fresh agenda. All those great ideas he had kept back for the big moment. But of course he didn’t. He’d used them all up to get as far as he had. He talked of NHS independence and hinted at a written constitution but in the end did neither of them.

I am a newspaper columnist. I can tell you that if, this weekend, I come up with a solution to Brexit that no one else has thought of, it’s going in next week’s column. I’m not keeping it back on the off chance I might be prime minister.

And neither is Boris Johnson. If he hasn’t already gone public with a startling scheme that solves all the problems, then take it from me that means he hasn’t got one. The rest of the candidates are the same.

I dare to take issue with Danny. Let’s assume Boris bustles over to Brussels blustering about No Deal if necessary. He comes back instead, declaring victory with a few tweaks to the withdrawal agreement and a conditional time limit to be negotiated from the political declaration. He faces his MPs with “accept or die”, that is, pass an amended May deal at last or suffer defeat in a motion of confidence at the hands of the majority anti- No Dealers including splitting Tories and face annihilation in the subsequent election.

They would all see through the subterfuge of course.

But which  do you think they’d choose?

They’d hate Boris for it but would  forgive him anything for saving their bacon, like the French right wing hated de Gaulle for that other master stroke of  necessary betrayal, when he declared to the cheering crowds of  French colonists in Algiers the pieds noirs,  Je vous ai compris –   for them to learn the bitter lesson soon afterwards that his understanding  and theirs were diametrically opposed and they faced defeat and expulsion in the greater interest of France.

Boris would be flattered by the comparisons.