There are six candidates contesting the Irish Presidential Election, which by my reckoning is about five too many. Michael D is expected to get about 2/3 of the votes which leaves the rest of them fighting a pointless race of irrelevance. To run for President takes several hundred thousand euro and despite it being a ceremonial role it tends to be a very vicious campaign. As the old joke goes, it is vicious because the stakes are so low.

Now some might say it is good for democracy to have a choice but to me, it all seems a colossal waste of money and effort. Michael is possibly the best Irish President ever. Now don’t get me wrong, the two Marys were a class act altogether but Michael D rocks. I mean, no one ever wrote a song about Patrick Hillery. 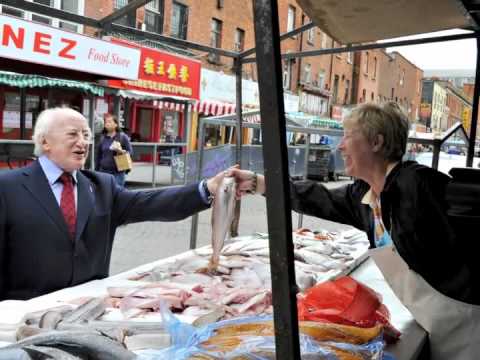 Was Éamon de Valera ever photographed bare-chested at a Dylan concert? I don’t think so.

I am lucky enough to have visited Áras an Uachtaráin for a garden party and I can tell you even for an old cynic like me, it was a fantastic experience. He is a master of soft diplomacy and his secret weapon of big feckin’ doggies makes sure he is politically unbeatable.

Michael D has likeability by the bucketload; he is cute. He may be a small man but he stands head and shoulders above other world leaders.

While he has to keep his gob shut as President he has form as a fantastic debater and defender of the people: 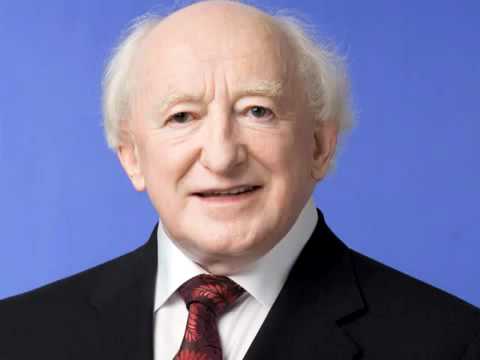 As this T-Shirt clearly illustrates, he is a legend.

Or how about a Michael Tea Higgins Tea Cosy?

And while we in the North don’t have a vote yet in the Irish Presidential election, if you are a wavering voter in the Republic this is probably the most compelling reason for voting Michael D back in:

So do it for the doggies. Vote Michael D number 1:

How good is Michael D Higgins dog, Bród? The Ireland hockey team got to meet him at a reception to honour the women pic.twitter.com/N5qevVSmu8