A few weeks ago, a partnership of Visit Belfast and Belfast City Council launched a video for a new campaign, Your Belfast, aimed at supporting businesses in the city centre that were being adversely impacted by the cordon around the Bank Buildings, nearly destroyed in the Primark fire a few weeks ago. Many businesses that fall within the cordon are closed until further notice, but there are those close to the cordon that are also feeling the pinch of reduced footfall and a hesitancy among visitors to venture too close. In that context, clarity was indeed needed around who was and was not open, and a gentle nudge to a citizenry that has proved adept at supporting local business whenever some disaster – political or natural – disrupts the vibrancy of its downtown spaces (remember Take Back the City during the infamous flag protests?). 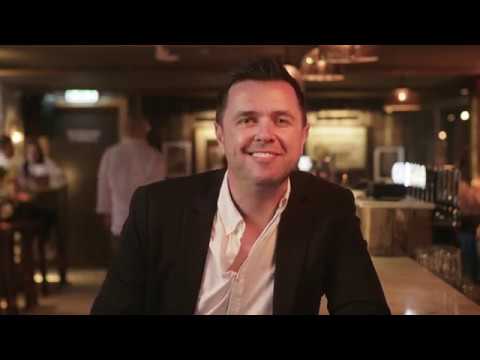 People were quick to point out, however, that despite the ‘best intentions’ of the creators, only white people were included in the initial video.

At best, it’s an opportunity missed to explicitly reaffirm that Belfast is a more multicultural city than ever before and that communities of colour are as integral to our city’s cultural and economic health as any other community: in short, to visually state that ‘we’ are more than just two communities.

At worst, it’s a mask-slip of the structural whiteness propped up in our social, cultural, economic and political institutions. White hegemony is so normalised and so deeply ingrained in our societal makeup that numerous people involved in making this video either did not notice or did not mind that there is not a single person of colour – or disabled person or queer person – in it. This is significant, regardless of any post facto protestations of this being the first of many efforts to get ‘us’ back into the city centre. We will never know if any subsequent videos or marketing images including communities of colour, disabled communities, queer communities, were put there because they are covering for the time these communities weren’t included, or because they always would have been there.

Regardless, they should have been there the first time. There should not have been a promotion of Belfast that didn’t explicitly include all communities.

It doesn’t matter that ‘no offence was intended’. What matters is the socio-political reality we live in, which privileges certain identities and attributes over others. It matters that those people and communities who are marginalised by white, patriarchal, ableist, heteronormative, capitalistic power structures are stuck not only wondering where they fit in ‘Your Belfast’ but why it is so often left to them to dispute the whitewashing of our city and to insist that yes, this is a problem, not just someone with too much time on their hands taking offence at everything. As white people, we should not be forcing marginalised people to constantly fight for space. We need to be holding the space for them, not taking it all up.

This video is symptomatic of the blindness of whiteness, that white people can look at something that is all-white and not notice that it is all-white. It is the consequence of cultural products always reflecting yourself back to you; when it reflects you, and no one else, you don’t notice.

As white people – as heterosexual people, as able-bodied people – as those who hold power in this society, it is our job to ensure that these social, economic and cultural products are representative, because if we do not see these communities reflected then we are at risk of forgetting that they belong here, too. If we allow the erasure of non-white, disabled and queer people from representations of our public spaces, will we notice when they are no longer welcome in our public spaces?