Here’s a (very) rough cut of a conversation I had on Radio Ulster’s Good Morning Ulster with Independent councillor on the Derry And Strabane Council, Paul Gallagher about the replication of violence depicted on the famous Petrol Bomber mural. 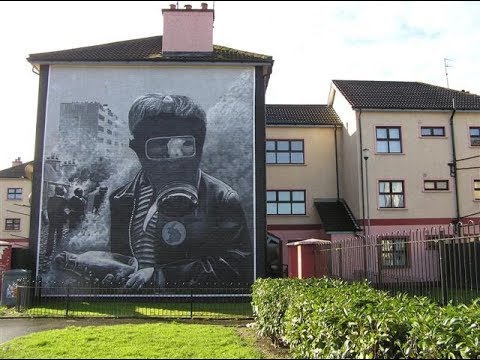 In fact, Paul makes points I agree with. He references the role of poverty, lack of opportunity and eager willingness of young people to leave the city. It’s a situation that’s not that much different from the late 70s and early 80s.

He added in another factor, which is the suicide rate amongst the city’s young people: which is a clear and unambiguous sign of psychosocial distress.

All of these have real-world causes which exist beyond the semiotics of the Bogside mural. But the point is not that murals cause the violence, but more than they enable what George Lakoff calls…

…semantic “frames” that give structure to our thoughts about abstract ideas that must be grounded in our lived experience if they are to be understood.

Joe Brewer then adds another layer…

“The economy makes sense in our minds as a collection of stories about things that may be quite true and valid (there is a cost to anything one would like to acquire) or ridiculously false if we look at the evidence (wealth hoarded by the super rich will “trickle down” to everyone else as so-called prosperity).

We live within our stories as the fish lives within the water around it. Just as the fish cannot see the water, we often do not see the culture we are swimming in.” [Emphasis added]

It is the semantic limitations that are the problem. Not for the first time on Slugger, I turn to Bryan Delaney’s great presentation from a few years back…

Every waking minute we’re bombarded by story when we go to sleep we’re flooded by the stories in our dreams, stories about our deeper selves told to us by profound and master storyteller deep within us that we don’t even know.

As a story telling people we’re at a crossroads in this country we need to be extremely vigilant about the stories we choose to tell ourselves about ourselves.

This choice faces every society. Here’s Viktor Frankl speaking to an audience of students in Toronto just a few years after those events in Derry, riffing on Goethe… 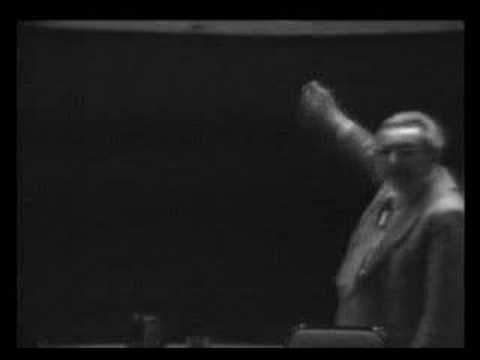 And here’s the original from Goethe…

Odd as it may seem, perhaps the casual firebombing of Derry’s vestigial minority of Protestants is the least damaging aspect of this affair. A deeper question might be: whom do these historic murals serve? And do they help grow life or shrink it?

And how does a society that, twenty four years after the ceasefires is still struggling with the reduced and fatalistic imaginings of war build a fair and peaceful society, unified under a common law?

We have to find a way past this and other murals of resistance that shout loudly and uncompromisingly “Prepared for Peace, Ready for War”.