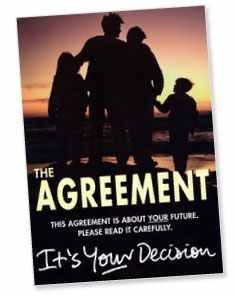 I thought I’d record some personal opinions on the passing of the 20th anniversary (more or less) of the signing of the Good Friday Agreement in 1998. I felt compelled to do this after reading a few exchanges on social media, one in particular declaring that Unionism had, in a manner of speaking, had its eye wiped. This is a popular, but demonstrably false, perspective that had its origins in the debate at that time, and perhaps has deeper origins in the psychological inability that Unionism seems to possess down the generations which render it incapable of taking rightful credit for successfully negotiating a good compromise.

It is easy to forget some of the context in 1998 (when I’d just turned 19 and was heading towards the end of my first year at QUB). The Anglo Irish Agreement, a serious blow to the prestige and self-confidence of the entire Unionist family, had, after 13 or so years, remained entirely active and in force despite a sustained campaign to dissolve it which combined both political and “military” methods. Ireland continued to maintain what Unionists called an “illegal constitutional claim” over Northern Ireland, which one of the McGimpsey brothers had recently attempted to challenge in the Supreme Court. Unionist politicians refused to even be seen talking to Sinn Féin. David Trimble once ripped off his microphone and walked out of a live studio discussion when Martin McGuinness was invited to speak, unannounced, by remote link.

Nationalism was a different story. The IRA called a ceasefire in 1994 and Sinn Féin demanded all-party talks. After delays and debate over whether the ceasefire was “complete” or “permanent”, SF held talks with the Secretary of State. My recollection is that there was no sense of what Sinn Féin had actually hoped to achieve, other than the obvious. They seemed to think that the IRA ceasefire meant that talks on the UK’s withdrawal from Northern Ireland had to begin immediately. Republicans still darkly insisted that there could be no return to Stormont, no “internal solution” and no “unionist veto” and of course absolutely no disarmament.

For the SDLP’s part, the party still, to me, seemed to be arguing for some kind of joint authority and this had been a feature of Hume’s European election campaign in 1994. Nobody was talking, at least in public, about powersharing, except for Alliance and the two governments in their various position papers. The Unionist position remained unchanged from 1972 – a return to simple majority rule, perhaps with a few tokenistic safeguards thrown in. They continued to insist, as they had when the previous round of talks collapsed in 1992, that there could be no role for the Irish government. Both of those positions were unacceptable to Alliance and pretty much everyone else.

My recollection is that when the Agreement was first published, Sinn Féin representatives, who seemed to be reacting without central direction, began to rubbish the document and pick apart its various ambiguities and compromises. This went on for a short period of time until the party determined what position it would take. My belief is that, after a few days of soul searching, the Agreement was sold to republicans on the basis that Unionists would reject it and that it would therefore prove their case that Northern Ireland was ungovernable; their line would be to support the Agreement’s implementation in full. The SDLP, then as now, were the strongest defenders of the compromise, with Alliance also strongly in support but warning of the implications of institutionalising sectarianism. The UUP were much more muted, and it’s likely in my view that much of what support they managed to muster was on the basis of threats of joint authority emanating from Whitehall. The PUP and UDP didn’t seem to care about much provided they got their prisoners out. We all had a good laugh at the DUP yelling impotently from outside the tent, although that was soon to change.

The initial reaction of republicans in dismissing the document was consistent with Sinn Féin’s public position up until that point, which was in turn substantially in keeping with traditional Irish republican orthodoxy. The Agreement enshrined what they called the Unionist veto over constitutional change, not only by binding the supporters of the Agreement, but by binding both the British and Irish governments in their respective constitutions and as a matter of a bilateral treaty. It required them to uphold and operate the Northern Ireland state and, eventually, co-operate with the system of law and order there. It proposed policing reform, but stopped short of calling for the disbandment of the RUC or dealing with other SF totems such as the banning of plastic baton rounds/plastic bullets or banning parades. They had to sign on to decommissioning, albeit with a somewhat woolly phrasing. And while their prisoners would be released, what was proposed was a licensing scheme rather than the permanent extinguishing of convictions.

The case that the document was a defeat for Unionists is generally advanced from two points, the first, that prisoner releases were a concession to SF. In fact the prisoner releases were a concession to all of the paramilitary groups, including the UVF and UDA who had, up until the onset of the 1994 ceasefires, being escalating a campaign of killing civilians. Johnny Adair, for example, was to be released despite being recently jailed over his association with the killings at the Sean Graham bookies in 1992 (and his release was almost certainly a crucial factor in the deaths of many people between that time and his eventual exile to Scotland). Supporters of the Agreement rationalised that this was a cheap concession given that many of those involved would have been released within a few years on the existing licensing scheme anyway.

It’s also argued that the Agreement was a bad deal because it “allowed” Sinn Féin into government. The problem with this is that, while I’m not a particular fan of SF, they are the duly elected representatives of nearly 30% of the electorate. The last opportunity to build a power-sharing government that could work without them expired in 1992 when Unionist foot-dragging contributed to the collapse of those talks. Those unhappy with the presence of Sinn Féin in government would do well to reflect on the missed opportunities to advance powersharing without them. They might also reflect on the reality that it remained within the living memory of all the 1998 negotiators that powersharing had collapsed in 1974 with Sinn Féin being nowhere near the talks table. Finally, no quarter is given to the fact that the same Agreement also “allowed” the DUP into government despite its publicly-recorded relationships with Ulster Resistance and the UDA, and the party leader’s on-camera threats of civil war.

This is why I argue that the Agreement was, aside from being a good compromise, a document which quantitatively granted more concessions to Unionism in comparison with the joint authority alternative. Unionism gained a change in the Irish constitution, a legally-binding promise from the UK Government not to unilaterally end the Union (a power that had been reserved to Parliament in the 1920 Government of Ireland Act, repealed by the 1998 Act), the revocation of the Anglo-Irish Agreement and a form of cross border co-operation which they could veto at any time. They moved nationalists to recognise the legal basis of the Northern Ireland state and its support by the majority of people within its boundaries. In supporting consensus they, in fact, strengthened the union and made it more difficult for nationalists to make their case for reunification.

In retrospect I look upon the Agreement as a flawed but workable blueprint for building a shared, consensus-based, form of the Northern Ireland state that can work in the interests of a peaceful cross-community majority. Since this is fundamentally a soft unionist case, Republicans will not admit this, but the logic of the Agreement is to find a way to make partition work, parking the constitutional question. That was, and still is, the only approach to building a lasting peace in Northern Ireland that has the strongest possibility of working in the short and medium term.

To reject the Agreement – or indeed to reject agreement itself – is to reject the notion that Northern Ireland can exist and be governed by consensus. In considering the future, Unionism must ask of itself whose interest this actually serves.